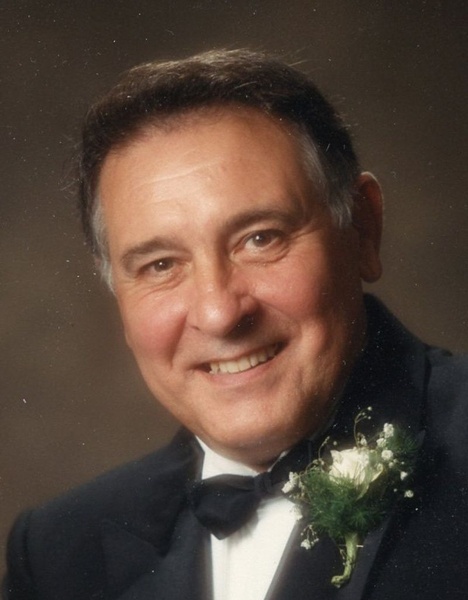 William Lawrence Wiesman (Bill) 86, went to his heavenly home on May 2, 2021 at Owensboro Health Regional Hospital. He was born May 10, 1934 in Owensboro to the late Martin and Minnie Mae (Lamar) Wiesman. Bill was the youngest of eight children. He was a graduate of Owensboro High School and continued his education at the University of Kentucky where he graduated with a degree in animal husbandry and a degree in Law. While attending U.K., Bill met and married Patricia Kay Long. After graduating, Bill returned to Owensboro to raise his family and start his law career. Bill was in private practice and served as Domestic Relations Commissioner for the family court division of 38th Kentucky Circuit Court. He also served as the Hancock County Master Commissioner for twenty years.
Bill was preceded in death by his parents and a brother and five of his sisters. He is survived by his sister Martine Wilson, his loving children Linda Hicklin and Scott Wiesman, daughter-in-law Michelle, his four grandchildren Conner and Colby Wiesman and Myla and Ian Hicklin, and many nieces and nephews.
Bill had many interests which included a love of music, hunting and fishing, traveling and gardening, bird watching, and cooking. In the summer, he would grow a large garden and had a passion for growing flowers and his own herbs that he used in the many dishes he cooked. Bill belonged to the Owensboro Herb Society and authored several papers in his early career for the Kentucky Board of Agriculture on trees and nuts that could be used as crops in Kentucky. His diverse knowledge of plants, trees, and animals demonstrated his fascination with nature.
Bill will be remembered for his sense of humor and his smile that could light up a room. He loved to play pranks on his friends and family. Bill travelled to many places but always returned home to Owensboro and could be found most of the time at his farm in Hancock County where he enjoyed sitting on the porch with a cold drink, watching the sunset over the lake. He had many happy memories on the farm, hunting and fishing with his family and friends.
Bill was an avid supporter of UK Basketball, so in honor of Bill's love for the team, the family will hold an informal memorial gathering on Saturday, May 15, 2021 at 3515 Wathen's Crossing in Owensboro from 3 PM until 7 PM. Please stop by and share your memories of Bill and wear your favorite Blue and White attire.
The number of those attending the gathering for Bill shall be within current health and safety directives and appropriate personal protective masks should be worn.
Bill's family would like anyone that is considering giving a gift to please make that in the form of a donation to the Arbor Day Foundation, 211 North 12th. Street, Lincoln, Nebraska 68508. Memories and condolences to the family can be shared at www.glenncares.com.