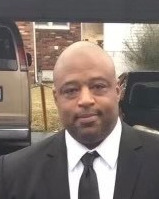 William Thomas Taylor, 47, of Owensboro, passed away Wednesday, December 28, 2022, at Owensboro Health Regional Hospital. He was born July 13, 1975, in Owensboro to Sandra Woolfolk. William was very well liked and a people person, he was kindhearted and giving. He dearly loved spending time with his grandkids, and enjoyed watching wrestling, especially two of his cousins in their tag team matches. William loved working on computers when he was younger and was able to keep up with the everchanging technology of today. He was also known as a wheeler dealer, he could take anything he acquired and end up turning it into a profit.

He was preceded in death by his stepfather, Louis Woolfolk.

The memorial service for William Taylor will be held 2 p.m. Saturday January 7, 2023, at Glenn Funeral Home and Crematory with Raynaldo Henderson officiating. Visitation will be held Saturday from noon until time of service at the funeral home.

Expressions of sympathy may take the form of contributions to the family of William Taylor.

Memories and condolences for the family of William Taylor may be left at www.glenncares.com