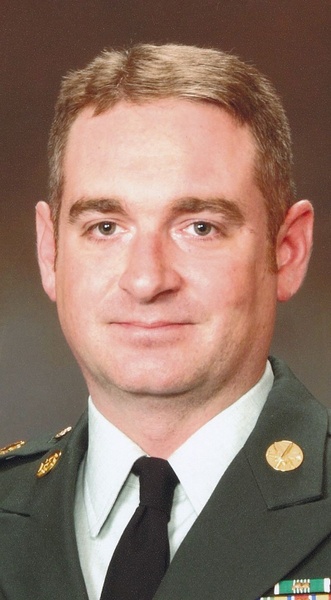 William "Todd" Pruden, 43, of Harker Heights, TX, passed away July 26, 2021. He was born March 7, 1978, in Evansville, IN, to Bill Pruden and Judy Denton. Todd graduated from Apollo High School in 1996 and went on to graduate from the University of Louisville with a degree in communications and was an avid U of L Cardinals fan. He was a Public Affairs Staff Sergeant in the Army Reserve who retired with 20 years of service to his country. Todd continued to serve his country as a civilian federal employee for the Department of the Army. He served in Iraq during the second Gulf War and won numerous awards, including the Army Commendation Medal. Todd worked as the editor for the Fort Hood Sentinel in Killeen, TX. He will be remembered for being a good son, father, brother, and friend.

Todd's role as a father was one in which he took great pride. He and his daughter shared lots of special memories. From their love of Christmas to, Todd taking one of her stuffed animals every time he left town to take pictures of their adventures on his deployments and drill weekends.

Todd was preceded in death by his brother, William Bradley Pruden; and his grandparents, Shelby and Evelyn Denton and William and Charleen Pruden.
He is survived by his parents, Bill Pruden and Judy Denton; his daughter, Gianna Pruden; his siblings, Carrie (Keith) Wigginton and Sean (Laurie) Pruden; his nieces and nephews, Ella and Cooper Wigginton, and Emma and Josh Workman; as well as several aunts, uncles, and cousins.

The memorial service will be Saturday at 12pm at Glenn Funeral Home and Crematory. Burial will follow in Rosehill Cemetery. Visitation will be from 4pm until 7pm Friday, and from 10am until 12pm Saturday at the funeral home.

Expressions of sympathy may take the form of donations to the Disabled American Veterans Charity, P.O. Box 14301, Cincinnati, OH 45250, or you can donate online at www.dav.org/donate.

Memories and messages of condolence for the family of Todd Pruden may be offered online at www.glenncares.com.