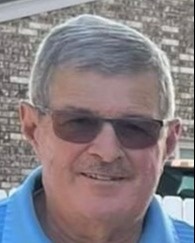 William S. “Billy” Booth, 67, of Owensboro, passed away on Wednesday, October 5, 2022 at Owensboro Health Regional Hospital.  He was born December 23, 1954 in Daviess County to the late William H. and Elizabeth Jean Brown Booth.  Billy retired as President of Quality Oil Co. after 35 years and also was the owner-operator with Usher Transportation where he retired in 2020.  He was a member of St. Stephen Cathedral, was a devout Catholic, and loved his church very much.  He loved spending time with his family, especially his grandchildren and enjoyed watching them in their various sporting events.  Billy coached girls softball at Highland and also the Kentucky Tomboys softball teams.  He was an avid U.K. football and basketball fan and also a big Dallas Cowboys fan.  He very much enjoyed his last three years of retirement playing golf with his son, Will, and longtime friend, Steve Richards.

The Funeral Mass will be Noon Saturday, October 8, at St. Stephen Cathedral.  Burial will follow in Resurrection Cemetery.  Visitation will be from 9:30 AM until Noon Saturday at the church.

We would like to thank the Strive Health Dialysis Team and O.H.R.H. I.C.U. nurses for all the loving care and support they gave Billy and the family.

Memorial contributions may be made to the Chad Tough Defeat DIPG, “Rally for Remi”, P. O. Box 907, Saline, MI  48176.  Memories and condolences to the family can be share at www.glenncares.com.