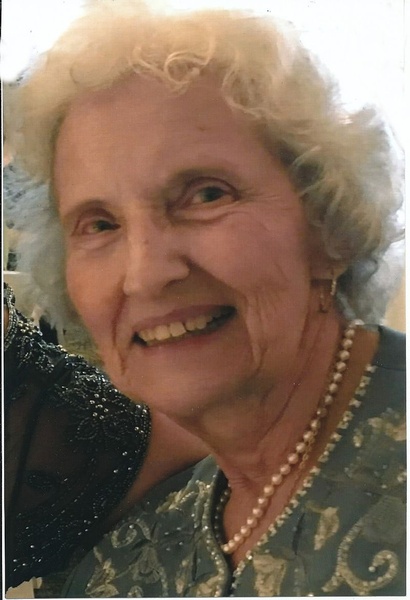 Marlene was born in March 1936 in Louisville, Kentucky, to Bertrand and Nina Kennedy. She was married to her husband, Arthur Carter, Jr. in 1953, and they raised five daughters. Marlene and her family served the Lord faithfully as missionaries to Brazil and also held revivals and planted churches throughout Kentucky. When they moved to Owensboro, Marlene used her secretarial skills while employed with Texas Gas until her retirement.

Marlene was actively involved with her community, and she enjoyed singing in the church choir, attending exercise groups and volunteering. Marlene loved animals, especially dogs, and she could often be found sitting in her garden with the neighborhood cat cuddled in her lap. In the last season of her life, her main goal was to love her family by praying for them and sending them Scripture daily; her hope was that they all knew the Lord's love.

Marlene is survived by three daughters, Deborah Stewart, Kathleen Mattingly (Alfred), and Rebecca Edgar (Brent), all of Owensboro. She loved and was loved by her large family including ten grandchildren and eighteen great-grandchildren. Marlene was preceded in death by her parents; a brother, William Kennedy; husband, Arthur Carter,Jr.; and two of her daughters, Cynthia Bell and Pamela Hicks.

Memorial contributions be made to the Gideons International.