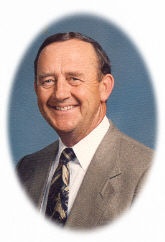 Tom Deaton, 67, of 1721 Griffith Avenue died Wednesday, August 1, 2001 at his home. He was born in Breathitt County, Kentucky, a son of the late Frank and Molly Miller Deaton.

He served as a corpsman in the United States Navy during the Korean Conflict. He held a Bachelor of Science Degree from the University of Kentucky and an MBA from Murray State University. His career included serving as vice-president of Field Packing Company in Owensboro and President of Ziegler Foods in Tuscaloosa, Alabama. He retired as president of of Southern Foods in Columbus, GA in 1989. Follwing his retirement, he was a part-time instructor of business classes at the Owensboro Community College.

Mr. Deaton was an active member of Settle Memorial United Methodist church, where he served on the Administrative Board, taught a young adult Sunday school class and established an outreach ministry for inner city children. He founded the Amy Lynn Deaton Memorial Foundation, which funded three bone marrow drives for the National Marrow Donor Program and provided sponsorship for the Relay for Life.