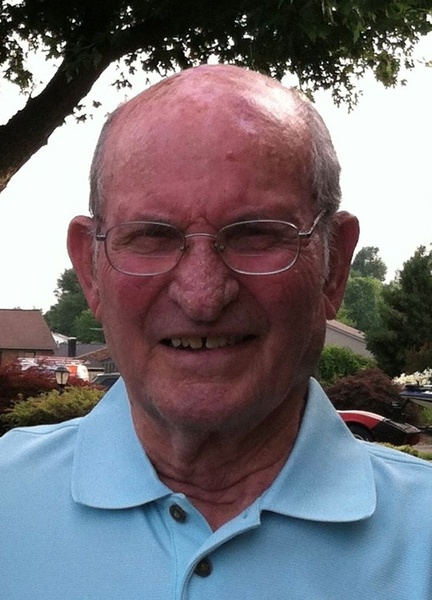 Thomas Benjamin Garrett,Jr., age 92, of Owensboro, Kentucky, passed away Thursday February 17, 2022, as a result of a tragic automobile accident. He was born on July 14, 1929 to Thomas Benjamin and Ozella Garrett in Asher, Oklahoma. He was a graduate of Owensboro High School in 1948 and received a bachelor's degree in Industrial Arts from Oklahoma City University. Thomas was survived by four children and six grandchildren; his daughter Paula Hayden and her two children, John and Sarah Hayden, his son Michael Garrett, wife Pam, and their two sons, Benjamin and Daniel Garrett, his son Dirk Garrett, and his daughter Stacy Urban and husband David, and their two sons Braden and Garrett Urban. Also surviving Tom are his brother Doug Garrett and sisters Kay Sheets and Becky Garrett Hicks. Thomas was preceded in death by his wife Sue, his brothers Jim and Charlie Garrett, and his sisters Georgie Forehand and Lilly Clevenger.
Thomas spent his early years throughout Oklahoma and the state of Arkansas. However, he was a long time resident of Owensboro from 1944 – 1951, and again, after he returned to the area in 2005 until present day. He was a U. S. Army veteran of the Korean War, drafted while living in Owensboro. After discharge, he began working the oil fields, settling in Oklahoma where he attended college and started his family. After graduation, he moved to Richardson, Texas with his wife and four children. Tom worked in the material handling industry as well as owning and operating a successful flower shop for 28 years with his wife Sue. He resided in Richardson for over 40 years. After the passing of Tom's wife, he and his son Dirk returned to Owensboro where Tom renewed the friendships he had with several of Owensboro's residents. It was here that he was also introduced to his beloved friend, Faye Pearson. He and Faye attended Christ Community Church of Owensboro together. A quiet man, Tom enjoyed wood-working. He also enjoyed visiting family and friends, and keeping up-to-date on the accomplishments of his grandchildren. He continued to stay very active, walking his laps at the local mall with friends.
A funeral service is scheduled for 2:00 PM Friday February 25, with visitation at 1:00 pm at Glenn Funeral Home and Crematory with military honors following. He will be interred at a future date in Dallas, Texas.
Memories and condolences to the family can be shared at www.glenncares.com.