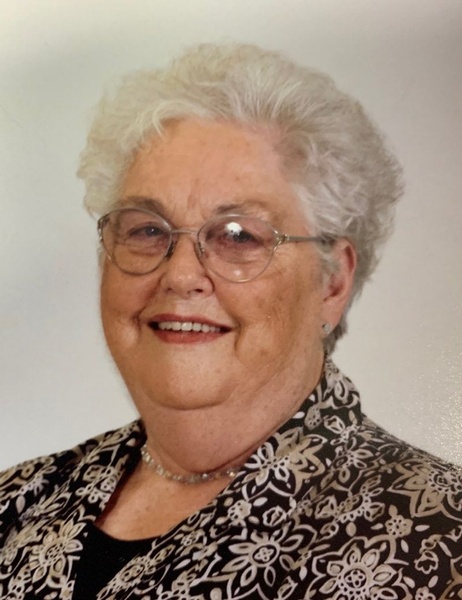 Theresa H. Wedding, 90, of Whitesville, passed away peacefully on Friday, March 4, 2022 at Owensboro Health Regional Hospital. She was born October 3, 1931 in Cincinnati, Ohio to the late William Virgil and Dessa Helen Wimsatt Hardesty. She married the love of her life, Charles William Wedding on September 16, 1950 and started their family in Owensboro. They later moved to Jeffersontown, Sorgho, Whitesville, Hardinsburg, Bedford, Indiana, and finally settled back home in Whitesville. She loved spending time with her children, grandchildren, and great grandchildren. Family was her everything. Theresa was a homemaker, enjoyed doing things on the farm, and a member of St. Mary of the Woods Catholic Church. She and her sister, Evelyn Hagan, had a catering service together and they enjoyed most baking and decorating cakes for many different events and occasions.

Funeral services for Theresa will be 10 AM Wednesday, March 9, at St. Mary of the Woods in Whitesville. Entombment will follow in Resurrection Cemetery Mausoleum. Visitation will be from 2 PM until 7 PM Tuesday with prayers at 7 PM and from 8 AM until 9 AM Wednesday, at Glenn Funeral Home and Crematory.

The family requests expressions of sympathy be made as donations to Trinity High School, 10510 Main Cross Street, Whitesville, KY 42378 or to St. Jude's Research Hospital for Children, 501 St. Jude Place, Memphis, TN 38105. Memories and condolences to the family can be shared at www.glenncares.com.

St. Mary of the Woods