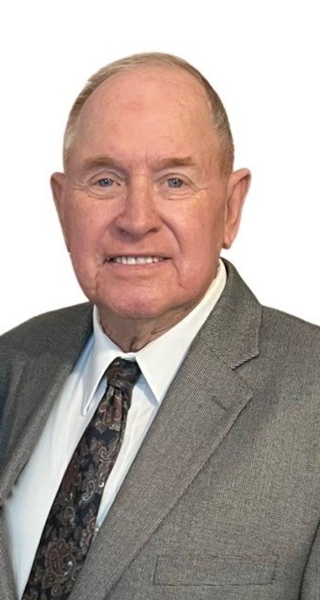 Sylvester Robert Fischer, 77, of Owensboro, passed away Friday, April 29, 2022, at his home, surrounded by his loving family.
Sylvester was born in Daviess County, the fifth of ten children born to Robert John Fischer and Helena Audrey Fischer. He graduated from Owensboro Catholic High School in 1962. Sylvester developed a love of the land while helping his dad on the family farm, which inspired him to pursue a career in agriculture. In addition to farming, he worked at Miles Farms, and at USPS as a substitute rural letter carrier for several years. In 1972, he was elected Supervisor of Sales and Secretary-Treasurer of the Owensboro Tobacco Board of Trade, serving for 32 years.

On July 17, 1965, Sylvester married Barbara Howard, at St. Mary of the Woods Church. He was a devoted lifelong member of St. Martin Catholic Church. Sylvester enjoyed volunteering at local church picnics, KC sausage fundraisers, and was always willing to lend a helping hand wherever needed. He was a 4th degree member of Knights of Columbus Council 6101. In 2017, he and his wife received the Sophia Award for St. Martin Parish. Sylvester felt deeply humbled and honored to receive the Lifetime Achievement Award from the Rural Life Committee of the Owensboro Diocese in 2018. He served as a director on the Daviess County Farm Bureau Board forty-three years, and the Daviess County FSA committee board.

He was devoted to his family, a loving husband, dad, and papaw. His family was his pride and joy. Sylvester enjoyed family get-togethers, vacations, bus trips, music shows, attending his grandchildren's sports activities, and camping. His favorite week-long trip for fifty-one years was working in Louisville at the Championship Tractor Pull and National Farm Machinery Show with the Owensboro crew. Sylvester was so happy his sons and grandsons have continued the family tradition of farming, passed down through the generations. He loved talking to people, never met a stranger, and cherished the friendships he made through the years.

Preceding him in death were his parents; his infant sister, Mary Fay; and his brother, Bernard.

We are sincerely grateful to Dr. Maheshwari, Dr. Faught, Dr. Corey Johnson, and the oncology staff of Mitchell Memorial Cancer Center for their dedication and exceptional care of Sylvester, as well as the compassionate care from Hospice of Western Kentucky.

The funeral Mass will be 10:30am Monday at St. Martin Catholic Church. Visitation will be Sunday from 2pm until 7pm at Glenn Funeral Home and Crematory, with prayers beginning at 7pm, and from 9am until 10:30am Monday at the church. Burial will be in Resurrection Cemetery.

Expressions of sympathy may take the form of donations to St. Martin Catholic Church, or to Hospice of Western Kentucky.

Memories and messages of condolence for the family of Sylvester Fischer may be offered online at www.glenncares.com.