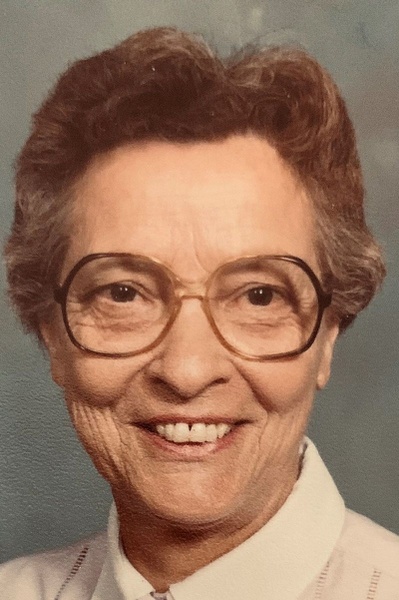 Sue received a BA from Carson-Newman College in 1941 and a degree in Library Science from the Peabody College for Teachers at Vanderbilt University in 1943.  Early in her career, she worked in Kentucky as a high school teacher and librarian.  In the 1950's, she moved to Jacksonville, Florida and took a position as Head Children's Librarian at the Jacksonville Central Library.  Sue worked as an elementary, high school. and community college librarian until the early 2000's.  Those schools included: San Jose Elementary School, Ed White High School, and several campuses of Florida Community College in Jacksonville (FCCJ).

Sue married Frank R. Palmer in November of1956. She resided in Jacksonville, Florida from the early 1950s to 2010, when she moved to Winchester, Kentucky to live with her sister Lillah.  She and Lillah moved to Owensboro in March of 2020.

Sue was proceeded in death by her husband Frank R. Palmer; her daughter Frances Elaine Palmer; her brother, A.N. Begley; her sister Ruth Gover; and her sister Lillah Farmer.

Sue's parents, Sophia Sutton and Mitchell C. Begley, met in Hyden where Sophia came to do mission work after graduating from college and completing missionary training in Louisville.  Mitchell was a prominent lawyer, born and raised in Leslie County where Hyden is the county seat.  They married in June of 1919 in Prentiss, Mississippi where Sophia was born and raised.  They settled in Hyden and raised four children there, including Sue.

Sue read widely and deeply, from classics to contemporary fiction and non-fiction.  She especially loved introducing others of all ages to well-written books.

Sue was a life-long and active church member of Baptist congregations in whatever community she lived in. She was active Baptist Sunday School teacher well into her 80's.  She also volunteered for numerous library and literacy programs throughout her life.

Sue was a long-standing member and former president of the Jacksonville chapter of the American Association of University Women.  She was also an active member of the League of Women Voters and  Friends of the Library, where she was instrumental in establishing community support for the Hayden Burns Library (1965) and the extension of library services throughout the city.

Donations can be made on her behalf in lieu of flowers, to the Cooperative Baptist Fellowship. the League of Women Voters, and the Winchester (Ky) Public Library.

A memorial service will be held in Jacksonville, Florida on October 8th at 10 AM at Preservation Hall in Fletcher Park and on-line at www.HoldingSpace.com.  Contact sue.b.palmer.memorial@gmail.com for details.

Memories and condolences to the family can be offered at www.glenncares.com.