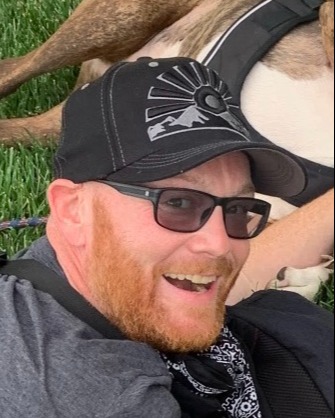 Stephen “Scooter” Midkiff, 43, of Owensboro passed away Thursday, January 5, 2023, at his residence. The Daviess County native was born May 5, 1979, to Rick Midkiff and the late Sue Ellen Simmons. He loved being outdoors, watching UFC, and going to the movies, his favorite being action or sci-fi. Stephen enjoyed trying new food and cooking, especially smoking meat on his grill. He was a kind-hearted man who loved to help others but was physically and mentally very strong. Stephen loved his daughter, Megan and his dog Jax who was his best friend.

In addition to his mother, Stephen also was preceded in death by his grandparents, James (Pap) and Mary “Louise” Midkiff

The funeral will be noon Tuesday at Glenn Funeral Home and Crematory. Visitation will be Monday from 3:00 until 7:00 pm and Tuesday from 10:00 am until the time of service.

Condolences and memories for Stephen’s family may be left at www.glenncares.com.