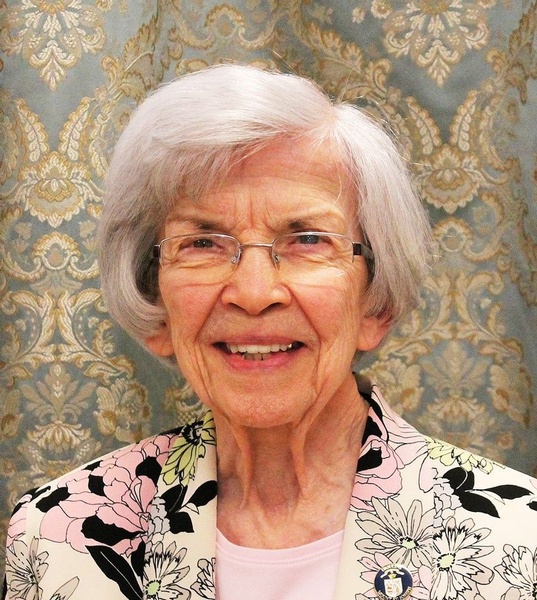 Sister Mary Diane Taylor, 88, an Ursuline Sister of Mount Saint Joseph, died June 28, 2021, in Maple Mount in her 69th year of religious life. She was a native of Fredericktown. Her love for art and education made her a beloved and respected teacher for more than 60 years.
Sister Mary Diane taught at Blessed Mother School, Owensboro (1954-57), as well as in Paducah, Clementsville, and Affton, Mo. She started the art department at Owensboro Catholic High School (1964-67) and taught art at Mount Saint Joseph Academy, Maple Mount (1967-71). From 1967 until her retirement in 2018, she was an art professor at Brescia College/University in Owensboro and chaired its Division of Fine Arts. In 2016, the Administration building at Brescia was renamed in her honor, Bartholomy-Taylor Hall.
Survivors include the members of her religious community; siblings Catherine Clements of Springfield, Judy Thompson of Loretto, Eleanor Rapier and Thomas B. Taylor, both of Bardstown; nieces and nephews. She was preceded in death by her parents, William Chester and Diana Taylor; and her siblings Francis Richard Taylor, William Chester Taylor Jr., Joseph Edward Taylor, Margaret Mary Boone, Martha Violet Smith and Mary Caroline Taylor.
Visitation begins at 4 p.m. Thursday at the Mount Saint Joseph Motherhouse Chapel, with a vigil service at 6:30 p.m. The funeral Mass will be at 10:30 a.m. Friday at Mount Saint Joseph. The public may attend, with Covid screening and proof of vaccination required at the door. Both services will be live streamed.

Donations in memory of Sister Mary Diane may be made to the Ursuline Sisters of Mount Saint Joseph, 8001 Cummings Road, Maple Mount, KY 42356.