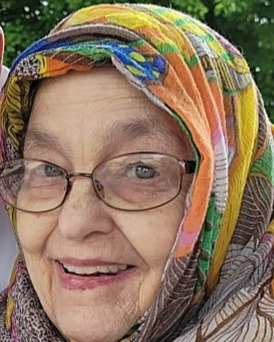 Sara Nell Schultzman Hayden, 81, of Owensboro, KY passed away peacefully on Sunday, December 4th, 2022 at the Carmel Home in Owensboro.

Sara Nell was born December 14th, 1940 in Paducah, Kentucky to Herbert and Frederica  Schultzman.  She attended Nazareth Academy on a music scholarship and went on to attend Saint Mary's College of California in San Francisco, continuing at Brescia College where she received a B.A in French with a minor in Spanish.  As a young person, she enjoyed multiple sports including tennis, swimming, and horseback riding. She was also an enthusiastic participant in Girl Scouts of America and taught her children many girl scout songs.  As an adult, she continued to enjoy and play music, and played viola in the Owensboro Chamber Orchestra.  As a student, she broke every grading curve and was considered by many of her instructors to be their brightest student; and by many of her friends to be the most intelligent person they knew, with a wonderful sense of humor.  She had a welcoming and inviting spirit and was a magnificent conversationalist.

She married attorney Philip Brennan Hayden, Sr. of Owensboro in 1962 and raised 4 children with him over 24 years.  As a mother, she was fiercely protective of and loyal to her children. She volunteered for Common Cause and Bread for The World; and worked as a caregiver for several years.

Sara Nell grew up in the Catholic faith and was a lifelong spiritual seeker. She enjoyed receiving the sacraments regularly while residing at the Carmel Home. Sara Nell authored a book entitled “Journey to the Center of Our Self,” which was inspired by her life experience and her study of “A Course in Miracles.” She was working on a second book at the time of her death.

A Catholic mass will be held in memorial at 1 PM, Saturday, January 21st at the Carmel Home chapel in Owensboro; followed by a reception for family and friends.  A brief visitation will be held from 12 PM until the time of the mass.

Glenn Funeral Home and Crematory is in charge of arrangements.

Expressions of sympathy may be sent to the Owensboro Museum of Fine Art, 901 Frederica St. Owensboro, KY  42301.  Memories and condolences to the family can be shared at www.glenncares.com.