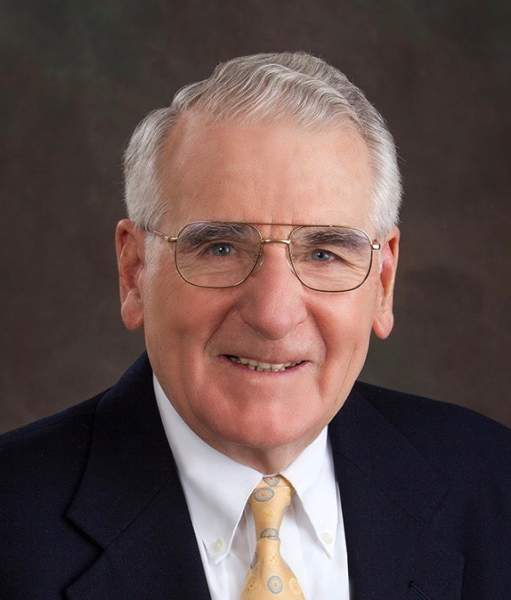 Ronald Michael Sullivan, 87, of Owensboro, passed away November 8, 2022, at Owensboro Health Regional Hospital surrounded by his loving family.  He was born in East Providence, Rhode Island, to the late John Thomas and Agnes (McDonough) Sullivan on December 8, 1934.  Ron was a 1956 graduate of Providence College and a 1960 graduate of Georgetown University Law Center in Washington, D.C.

Ron was preceded in death by the love his life, his wife Mary Neel “Cissy” Sullivan, and his eight brothers and sisters.

Ron enjoyed a long and distinguished legal career, starting in Rhode Island as a clerk for a United States District Court Judge and a Justice of the Rhode Island Supreme Court, then as an Assistant Attorney General of Kentucky, and finally entering the private practice of law in Owensboro at Sullivan Mountjoy, PSC, for 59 years until a few weeks ago when his health prevented him from doing so.  He was a Fellow of the American College of Trial Lawyers and served on the Kentucky Bar Association Board of Governors. He was also active in his community, serving as President of United Way, Junior Achievement, and the Daviess County Bar Association, and volunteering at Daniel Pitino Shelter and St. Benedict’s Shelter.  He was a faithful member of St. Stephen Cathedral for over 50 years.

Ron loved his dear Cissy, and he enjoyed their many summers at their beautiful home in Chatham, Massachusetts on Cape Cod, especially when their children and grandchildren came to visit to enjoy his famous homemade clam chowder and many rides on his Boston Whaler.

Expressions of sympathy may take the form of contributions to St. Stephen Cathedral, Daniel Pitino Shelter, or St. Benedict’s Shelter.