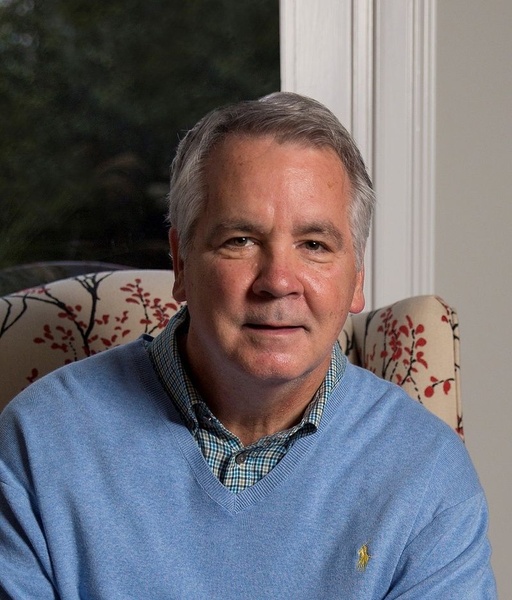 Rodney Burns Berry, 68, passed away on Monday Feb 21st, 2022 , at home, surrounded by his family, and under the care of Hospice of Western Kentucky.

Rodney was a 1971 graduate of Owensboro High School, where was a standout pitcher for the Red Devil baseball team, and a member of the varsity basketball team. He graduated from Western Kentucky University in 1976 , where he met his wife, Joanne. They were married on February 14, 1981 at Century Christian Church in Owensboro.

Following his graduation from WKU, Rodney began his career as a Circulation Manager at the Evansville Courier & Press. He often spoke of delivering newspapers during the snowstorms of 1978, which he dubbed "the worst winter in history." Rodney returned to Owensboro in the coming years, becoming the first Executive Director of Downtown Owensboro Incorporated. This began his lifelong career in public service to the Owensboro community.

In 1988, Rodney was chosen to spearhead the fundraising, design, and construction of the RiverPark Center in downtown Owensboro, and was selected as its first Executive Director when the Center opened in the fall of 1992. During his time at RiverPark Center, as both Executive Director and the President of the Foundation, Rodney was a tireless champion of arts and education, particularly for the children of Owensboro and Daviess County. He was instrumental in creating the Arts Teach Kids program, which exposed thousands of school children in the region to the performing arts.

In 1999, Rodney left the RiverPark Center to become the President of the newly-created Public Life Foundation of Owensboro. Throughout Rodney's tenure at PLFO, the Foundation was a thought-leader in areas of civic engagement, community dialogue, and citizen involvement in the democratic process. Rodney served as the Editor & Chief of the Public Life Advocate, a publication with statewide circulation that provided nonpartisan policy analysis in areas of local concern, particularly economic and community development, the environment, and poverty. In 2007, PLFO was the lead sponsor and convener of the We The People 21st Century Town Meeting, where over 1,100 citizens gathered to discuss and deliberate the future of Owensboro. This event is often cited as the primary catalyst for the redevelopment and rebirth of Downtown Owensboro, which continues to this day. Rodney retired from the Public Life Foundation in 2016.

Rodney was an unapologetic idealist, and an ardent champion for his hometown. He deeply believed that Owensboro could fulfill its greatest potential by energizing and organizing everyday citizens to take action in making their community a better place for all people. He dedicated his life to that effort. He was instrumental in establishing the Owensboro-Daviess County Dental Clinic, and a longtime board member of Kentucky Youth Advocates, the Lawrence & Augusta Hager Educational Foundation, the Citizens Committee on Education, the Downtown Development Corporation, the International Bluegrass Museum and Hall of Fame, the International Bluegrass Music Association, Western Kentucky University-Owensboro Advisory Board, the Kentucky Commission on Philanthropy, and the Goodfellows Club of Owensboro. He was also a graduate of Leadership Kentucky and a member of the Owensboro-Daviess County Investigators Club for over 25 years. Rodney was an active member of the Jaycees, where he served as the President of the Owensboro chapter and Vice President for Kentucky. He was a member and Deacon of First Christian Church-Owensboro, where he taught the Sessions Sunday School Class for many years.

In addition to his community activism, Rodney was an accomplished poet, essayist, novelist, and Little League coach, having never outgrown his lifelong love for the game of baseball. He happily and enthusiastically mentored dozens of community leaders over his decades-long career, and was deeply proud of their accomplishments and commitment to Owensboro and Daviess County.

Rodney was preceded in death by his parents. Those who remain to honor his memory include, Joanne, his wife of 41 years; his son Joseph, and his wife, Haley, of Owensboro; his son Adam, and his wife, Emily, of New York City ; and his brother Phil, and his wife, Laura, of Floyds Knobbs, Indiana. Rodney also survived by his nieces, nephews, cousins, and a generous circle of friends that he cherished his entire life.

The Berry family would like to extend their gratitude to Rodney's caregivers, Delray and Lee, as well as the staff of Hospice of Western Kentucky for the devoted care they provided Rodney in his final days.

The memorial service for Rodney Burns Berry will be at 12 p.m. Saturday, February 26th, at Glenn Funeral Home and Crematory, with visitation beginning at 9:00 a.m. until the time of the service. The family respectfully requests that masks be worn during visitation and funeral. Private interment will be in the First Christian Church columbarium.

In lieu of flowers, the family requests that expressions of sympathy be made to: The Rodney Berry Children's Arts Fund, 101 Daviess Street, Owensboro, KY, 42303; and The Goodfellows Club of Owensboro, 401 Frederica Street, Suite 203B, Owensboro, KY, 42301. Memories and messages of condolences may be shared with Rodney's family at www.glenncares.com