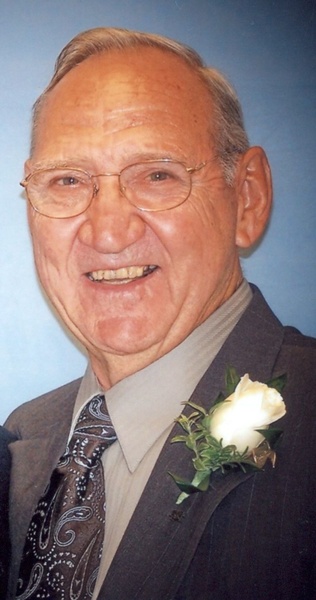 Ralph Lockhart, 83, of Owensboro, passed away on Monday, August 2, 2021. He was born February 3, 1938, in Boonville, IN to the late Amil and Bessie Lockhart. Ralph was retired from Chevron Oil and from Daviess County Public Schools. He was an active member of First General Baptist Church and served as a Deacon. He also went on several mission trips to the Faith Home Children's Orphanage in Honduras as well as helped with Vacation Bible School. Ralph was a Mason and was inducted into the Boonville Pioneer's Football Hall of Fame in 2019. He loved serving God very much, spending time with family at their cabin at Indian Lake, and traveling.

The Funeral Service for Ralph Lockhart will be 4:00 P.M. Saturday, August 7. 2021, at First General Baptist Church, 620 Maple Avenue, Owensboro, KY 42301. Burial will follow in Owensboro Memorial Gardens. Visitation will be from 4:00-8:00 P.M. Friday at Glenn Funeral Home and Crematory and from 2:00 P.M. until 4:00 P.M. Saturday at First General Baptist Church.

Memorial contributions may be made to First General Baptist Church.

Memories and condolences to the family of Ralph Lockhart can be shared at www.glenncares.com.