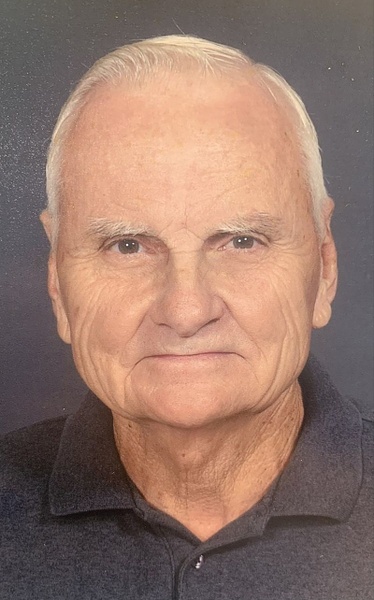 Paul "Ralph" Thomas, 84, of Owensboro, passed away January 25, 2022, surrounded by his family. He was born May 6, 1937, in Waverly, KY, to the late Jesse Sr. and Pearl Hancock Thomas. Ralph graduated from Owensboro Catholic High School in 1956. He was a retired boilermaker with the Local 40. He served in the U.S. Air Force for 4 years, on the Owensboro Police Department for 6 years, volunteered with St. Vincent DePaul, and was in the construction business. There are many homes and businesses in and around Owensboro that have profited from his expertise. Ralph was an active member of Our Lady of Lourdes Catholic Church, participating in the Men's Club and was a 4th degree member of the Knights of Columbus. He went on many mission trips and used his construction expertise to teach the youth on each one. Ralph loved his children and grandchildren and was always getting them and himself in trouble with his antics.

In addition to his parents, he was preceded in death by his infant son of 8 days, Billy Joe Thomas on March 26, 1966; his son-in-law, Richard Byrd; his brothers, Jesse Thomas Jr., Jerome Thomas, Hilary Thomas, Billy Thomas, and Marion Thomas; his sisters, Virginia Payne Raley and Thelma Clark; his sister-in-law, Kathryn Thomas; and his brother-in-law, Dennis Funsch.

The funeral Mass will be 10am Friday at Our Lady of Lourdes. Visitation will be from 2pm until 8pm Thursday, and from 8:30am until 9:30am Friday at Glenn Funeral Home and Crematory. The boilermaker rights for Mr. Thomas will begin at 6:30pm Thursday, and prayers at 7pm. Entombment will be in Resurrection Cemetery.

Ralph requested that no one wear a suit or tie to his services, please come as you are.

The Thomas family would like to thank their Hospice nurse, Sara Hicks, for the kindness and compassion she showed Ralph and his family during this difficult time, and to Dr. Hodskins, for his honesty and understanding through Ralph's illness.

Memories and messages of condolence for the family of Ralph Thomas may be offered online at www.glenncares.com.