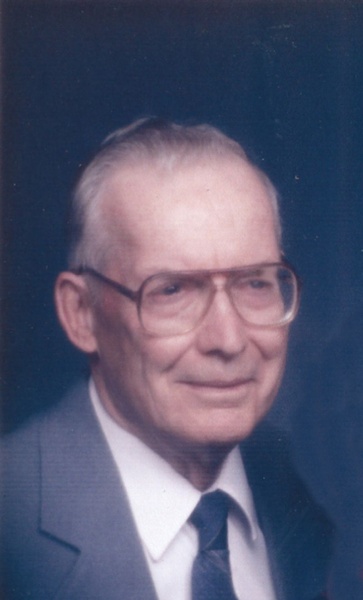 Melvin Cecil Larsen, 98, of Glasgow, Montana and Owensboro, Kentucky, departed this world with his daughter by his side at 11:37 AM, Wednesday, August 11, 2021, at Wellington Parc. He was born November 25, 1922, in Glasgow, MT to the late Nels and Cecilia Damman Larsen. From a young age, Melvin was taught the value of a job well-done, helping care for his parent's gardens, delivering telegrams for pennies and doing other odd jobs. When his father passed away, Melvin was only seventeen, but helped his mother raise his then three-year-old twin sisters. He worked at the city parks and Highland Cemetery in Glasgow, later joining the US Army and serving in WWII in the Pacific campaign, was a paratrooper who was parachuted into Okinawa during the Battle of Okinawa, remaining for the Occupation of Japan until 1946. Upon his return to Glasgow, MT, he continued working for the city, and in 1953 met and married Lois Shattuck. Together they raised three children and a foster daughter. Melvin enjoyed caring for the cemetery and parks for over 40 years, had a monument sales business, installed sprinkler systems, handled the upkeep on his and Lois' rental properties, and worked in his flower and vegetable gardens, sharing the fruits of his labor with friends and neighbors. He was always kind to everyone he met, put others before himself, cared for his mother in her later years, and did these things without looking for recognition. You could say he was from the old school, from a simpler time, and one of the good guys.

Along with his parents, he was preceded in death by his wife, Lois Shattuck Larsen; two sons, Neil and Donald Larsen; and three brothers, Laurence, Walter, and Richard Larsen.

The family will be holding a memorial service and interment in his hometown of Glasgow, Montana in the summer of 2022, and a private family "celebration of life" in Owensboro later this year.

Memories and condolences for the family of Melvin Larsen. may be left at www.glenncares.com