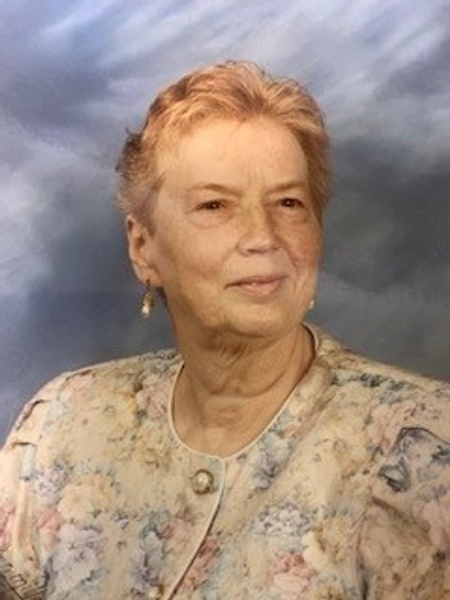 Mary Ruth Brown Ward, 79, of Owensboro, went home to be with the Lord surrounded by her family on Sunday, November 7, 2021. She was born January 9, 1942 in Centertown to the late Reathel and Francine Whitten Brown. Mary Ruth was a homemaker, but had worked for several years at S. W. Anderson's as a bookkeeper and 22 years at One Park Place where she touched the lives of many residents. She was a member of Walnut Street Baptist Church many years ago, but in her later years, had attended Yellow Creek Baptist Church. She lived life to the fullest and loved spending time with her family especially cherishing her grandchildren and great grandchildren. She supported her family in every way she could and was a friend to everyone she met. Mary Ruth enjoyed shopping at Kohls, singing, listening to audiobooks and Barry Manilow songs, and watching Matthew McConaughey movies. Mary Ruth was also preceded in death by a brother, Rickie Brown.

Those left to treasure her memories are her husband of 53 1/2 years, Captain Hugh B. Ward, Jr.; her five children, Michelle Vance of Owensboro, Hugh B. "Bernie" Ward III of Owensboro, Gretchen Payne and husband Kevin of Philpot, Patricia Burns and husband Rossy of Maceo, and Jonathan Ward, Sr. of Owensboro; 18 grandchildren, and seven great grandchildren; her sibings, Angelena Jones of Wauseon, Ohio, Shelia Heflin and husband Mike of Livermore, and Michael Brown of Owensboro; numerous nieces, nephews, great nieces, and great nephews, cousins, and many friends.

The funeral service for Mary Ruth will be Noon Friday, November 12, at Glenn Funeral Home and Crematory. Entombment will follow in Owensboro Memorial Gardens Mausoleum. Visitation will be from 3 PM until 8 PM Thursday and from 10 AM until Noon on Friday.

Memorial contributions may be made to St. Benedict's Homeless Shelter, 1001 West Seventh Street, Owensboro, KY 42301. Memories and condolences to the family can be shared at www.glenncares.com.