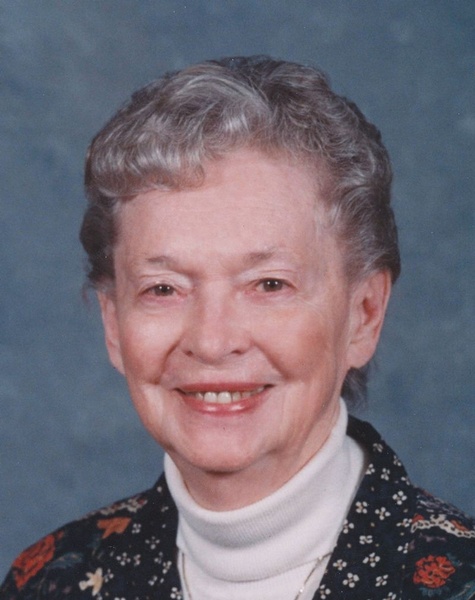 Mary C. Kelley, 99, of Owensboro passed away on Sunday, March 21, 2021, at the Carmel Home. Mary was born in Daviess County on November 22, 1921. She was baptized at St. Stephen Cathedral on December 4, 1921 and has been a lifelong member of St. Stephen. Mary graduated from St. Francis Academy as valedictorian in 1939, attended Owensboro Business College, and began her professional career with the Daviess County Health Department in 1941 as the registrar. Mary later joined Texas Gas Transmission where she was employed from 1951 until her retirement in 1983. She came out of retirement in 1993 and worked for the Carmel Home until 2001.

Mary and Charles William Kelley of Whitesville were married January 9, 1943 in the rectory of St. Stephen Cathedral with the service performed by the late Father Charles Saffer in the presence of Harold Brown and Mary Basham. Mary has been a resident of the Carmel Home since March of 2002 and has enjoyed her life at the home visiting residents, friends, family, and of course, completing her puzzles by the hundreds.

Mary was preceded in death by her parents, Cora Frances and Karl Joseph Goetz, twin sons James and John in 1957, her husband Charles William Kelley on September 27, 1994, and a daughter-in-law, Brenda L. Kelley on March 28, 2019.

Survivors include her sons, Bill Kelley of Owensboro and Joe Kelley and wife Carolynn of Henderson, a daughter, Carolyn Cockerell and husband Carey of Bedford, Texas, and eight grandchildren and 12 great grandchildren, all living in Kentucky, Ohio, Florida, Pennsylvania, Texas, and Arizona.

A Funeral Mass with limited attendance will be Noon Wednesday, March 24, at St. Stephen Cathedral. Entombment will follow in Resurrection Cemetery Mausoleum. Glenn Funeral Home and Crematory is in charge of arrangements.

The number of those attending the service shall be within current health and safety directives. Family and friends shall wear appropriate personal protective masks when entering the funeral home.

Memorial contributions may be made to the Carmel Home, 2501 Old Hartford Road, Owensboro, KY 42303 or to St. Stephen Cathedral, 610 Locust Street, Owensboro, KY 42301. Memories and condolences to the family can be shared at www.glenncares.com.