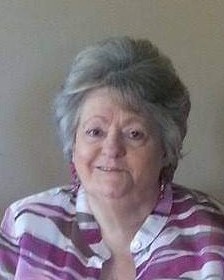 Martha “Fay” Rice, 80, of Owensboro passed away Sunday, November 20, 2022, at Signature Healthcare at Hillcrest. The Daviess County native was born February 28, 1942, to the late James Tillman Hawkins and Betty Bruner Hawkins. Fay retired after many years employed as a caregiver for River Valley Behavioral Health. She loved being with her family but also enjoyed shopping, UK basketball, and working crossword and word search puzzles. Fay was a fireball but compassionate in caring for others, especially the late Mark Thompson whom she took into her home and became part of the family.

In addition to her parents, Fay also was preceded in death by her daughter, Peggy Rice Hicks in 2009; sister, Billie Jean Cauley; brothers, Maurice Hawkins and James Fredrick Hawkins.

Those left to cherish her memory include her son, Dwayne Rice and his wife, Peggy of Owensboro; five grandchildren, Courtney Najdek of Hendersonville, NC, Travis Hicks (Bettie) of Evansville, Brittany Weems of Conyers, GA, Brandy Miles of Owensboro, and Robert Rice (Sarah) of Butler, KY; ten great grandchildren with another on the way; two great-great grandchildren; several nieces and nephews.

A memorial service will be 4:00 pm Wednesday at Glenn Funeral Home and Crematory with visitation from noon until the time of service. A private burial will be in Old Macedonia Cemetery in Panther.

Condolences and memories for Fay’s family may be left at www.glenncares.com.