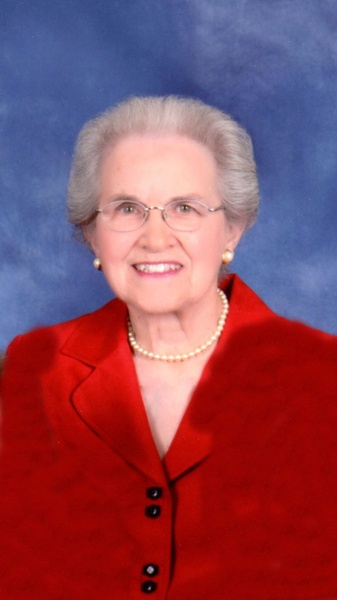 Marbrey Hedges, 90, of Owensboro, passed away Tuesday, November 30, 2021, at Wellington Parc. She was born February 21, 1931, in Daviess County, to the late John Thomas and Mary Emma Fenwick Poynter. Marbrey was a graduate of Owensboro High School, class of 1948. To say she stayed busy and involved would be an understatement. Not only was Marbrey actively involved in all her grandchildren's activities but also her great-grandchildren's extracurriculars ranging from sporting events, band contests, dance recitals, choral programs, musicals, and even heavy metal concerts. She was their biggest cheerleader. She attended and often led Senior exercise classes and enjoyed line dancing at the Munday Center. She was never shy in leading line dancing at family weddings. In April 2019, Marbrey was honored for 25 years of Service as a Volunteer with Pastoral Care at Owensboro Regional Hospital.

She was a pillar at First Christian Church, working as Administrative Secretary and Treasurer from 1964-1993. She did retire, but she didn't slow down. Marbrey was an Elder and a stable force in every activity with her beloved church. She was the first one to arrive and the last one to leave. Marbrey served on numerous committees, was a charter member of the FaHoLo Class, worked with the women's ministries, was an active traveler with the Primetimers group, participated in mission trips to help build houses, and sang in the choir for many years.

Expressions of sympathy may take the form of contributions to the Disciples Women's Ministry at First Christian Church, an organization she loved and served all her adult life.

Memories and condolences for the family of Marbrey Hedges may be left at www.glenncares.com