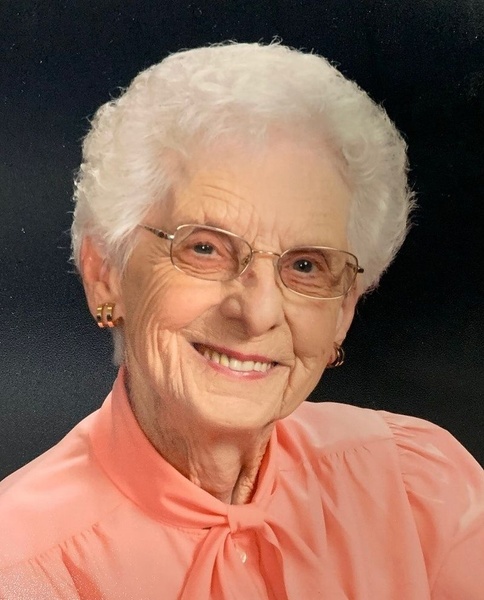 Lucy Render Armstrong, 93, of Owensboro, passed away on Tuesday, January 18, 2022 at Owensboro Health Regional Hospital. She was born April 3, 1928 in Ohio County to the late Emmett and Jesse Boyd Render. Lucy was a member of Eaton Memorial Baptist Church and retired from General Electric after 38 years as an executive secretary and where she met her husband of 45 years, James. Before going to General Electric, she worked in Frankfort for the Revenue Department. Lucy enjoyed golfing, working crossword puzzles, and listening to gospel music. She also enjoyed traveling the world and has visited all 50 states. But she especially loved her dogs.

Lucy was also preceded in death by her husband, James Armstrong on January 25, 1998, three brothers, Walter P., J.B., and Donald Render, a sister, Adelle Jackson, and a grand furbaby, Buddy.

Services will be 1 PM Friday, January 21, in the Chapel of Rosehill Cemetery. Entombment will follow in Rosehill Mausoleum. Visitation will be from 11:45 AM until 12:45 PM at Glenn Funeral Home and Crematory.

In lieu of flowers, memorial contributions may be made to the Family of Lucy Armstrong, c/o Susan Armstrong. Memories and condolences to the family can be shared at www.glenncares.com.