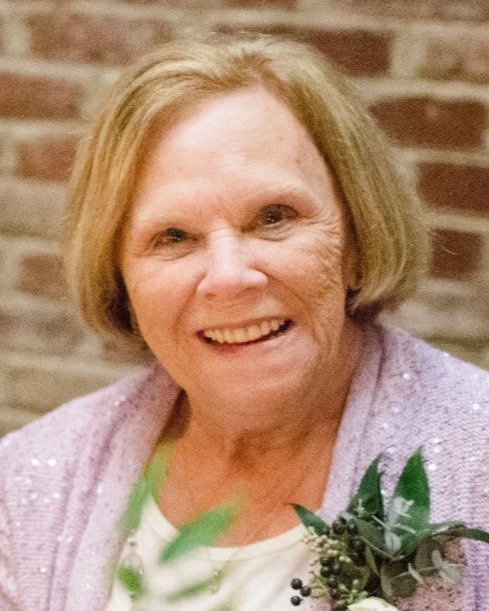 Luann Joyce Kirkland passed away November 3, 2022, in the comfort of her own home surrounded by her three daughters, their families, and her loving caretakers. Born in Daviess County, KY, the only child of the late Thomas and Dorothy Bivins Nelson (Clark), and stepdaughter to the late Jerry Clark, Luann lived a long and fun-filled life.

Luann grew up in Owensboro, Kentucky, and attended Owensboro High School where she made life-long friends. She loved driving around town with those girlfriends listening to Elvis’s “Heartbreak Hotel.” Luann swore her car would overheat during the song. She met and married her high school sweetheart, James Bertram “Bert” Riley III in 1955, in a secret ceremony while they played hooky from high school. Luann and Bert moved to Rochester, NY, where they welcomed three daughters. Luann dedicated many years to making a home for her girls. She was a loving mother, Brownie leader, and skilled seamstress, sewing every item of matching clothing for her kids. Everyone agreed they were the best-dressed girls around. She had a keen eye for interior design and made every home beautiful, and always on a budget.

After her divorce, Luann moved back to Owensboro where she started a tailoring business, then a trophy business, then a popular local restaurant called The Lunch Box. She joined a bowling league, took up tennis, then fishing. Luann excelled at any sport she tried and soon became an avid golfer, spending all the time she could with her pals on the courses of Windridge and The Owensboro Country Club.

Everyone who met Luann fell in love with her positive attitude, her wicked sense of humor and her love of a good time. She was friendly, outgoing, and kind. Luann met the love of her life, John “Twiggy” Pace, who became her long-time companion, dancing partner and gambling buddy before his death in 2018.

The memorial service will be held 2pm Monday at Glenn Funeral Home, with visitation beginning at 10am. She will be laid to rest in the family plot at Owensboro Memorial Gardens, alongside her parents and grandparents.

In lieu of flowers, the family requests that donations be made to Wendell Foster Center. Memories and messages of condolence for the family of Luann Kirkland may be offered online at www.glenncares.com.