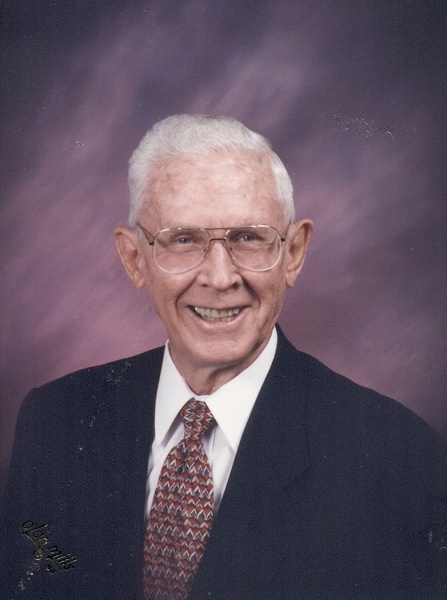 Kenneth Edge Foster, age 94, was at home surrounded by his family when he passed into eternity on September 26, 2021. He was born in Daviess County on July 16, 1927, to Martin Lyman Foster and Clara Ann Shadwick Foster. He graduated from Daviess County High before serving in the United States Army during World War II. After leaving the Army, Kenneth became a rural mail carrier in the Philpot area from May 26,1952 to January 3, 1987. His job was a vocation to him, and he considered it a privilege to serve the people on his route regardless of bad weather and muddy country roads. He was a member of the Rural Mail Carriers Million Mile Club. Known for his quiet service and kindness to all he met, Kenneth lived out his faith in God daily. Quoting from the memories he wrote to his family in 1997, "My greatest wish for you is that you will walk with and be obedient to the One who created you all the days of your life." He faithfully demonstrated this in his life serving as a deacon at Dawson Baptist Church for fifty-five years and as a Sunday School teacher for over forty years as well as numerous other positions.

Kenneth was an avid UK basketball fan. He also loved to work in his vegetable garden and generously shared the fruits of his labor with others. His other hobbies included stamp collecting, reading and working the Messenger & Inquirer crossword puzzle each day. He enjoyed sending cards and never missed any family member's birthday or anniversary. Kenneth will be remembered for his love of pies which undoubtedly started with the wonderful pies his mother made. Since there was only him, his sister and his mother and father, a pie was always cut in fourth's which he always insisted was a proper size portion.

A celebration of his life will be held at Glenn Funeral Home and Crematory on Thursday, October 7, 2021, at 10 a.m. Visitation will be Wednesday, October 6, 2021, from 3 p.m. to 7 p.m. and after 9 am Thursday at the funeral home. Entombment will be at Owensboro Memorial Gardens

The family requests that expressions of sympathy take the form of donations to one of the following charities: Global Outreach, Kentucky Wesleyan College, Boulware Center or Samaritan's Purse.