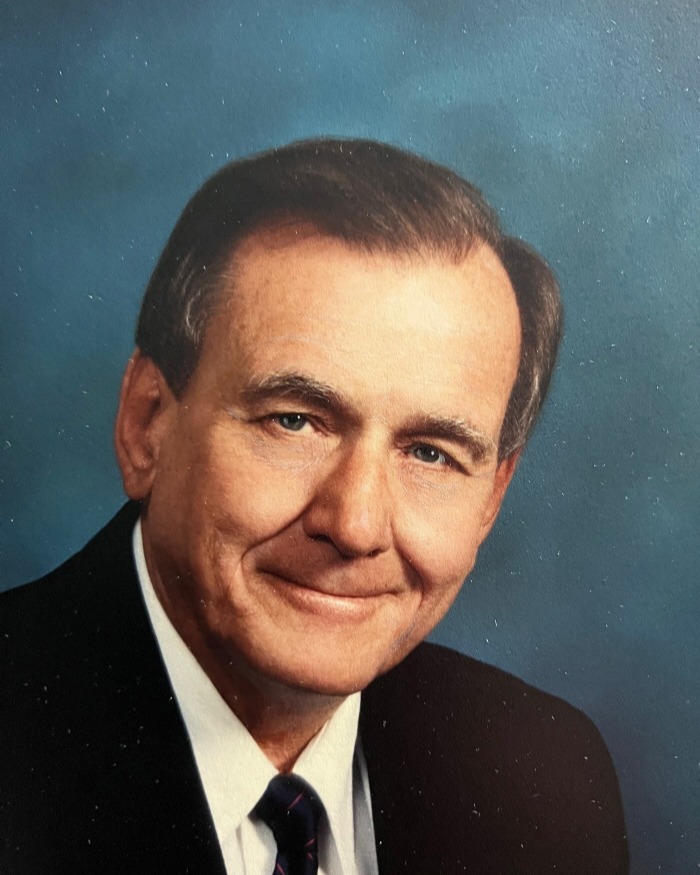 Kenneth Wayne Foster, 75, went to join his Savior on Nov. 16, 2022. He was born in Daviess County on Feb. 5, 1947, to Kenneth Edge Foster and Mary Lou Simpson Foster. He graduated from Daviess County High School in 1965 and then enlisted in the U.S. Air Force.

Wayne returned to Owensboro where he attended and graduated from Kentucky Wesleyan College (’69), all while working full time. He later would serve on the school’s board of trustees and as chairman. Wayne loved serving his community, believed God called him to do so and would serve and help in any way that was asked whether it be at Owensboro Christian Church, Owensboro-Daviess County Chamber of Commerce, Owensboro-Daviess County Airport Board, Habitat for Humanity, or the Daviess County High School Boosters, just to name a few.

On Feb. 14, 1975, Wayne married the love of his life, Cathy L. Bender Foster. Working together they raised their family and built several successful businesses.  Wayne said he felt God had called him to create employment. He did that with The Systems Specialist, Stonegate Estates, American Patriot Getaways, and Foster Enterprises. He also served on the board of several companies including Hollison, where he was executive board chairman at the time of his death.

Wayne and Cathy reared 7 children, all of whom Wayne was incredibly proud of, and all of whom will forever miss his smile, kindness, sense of humor, sage advice, loving hugs, and so much more.

The children have wonderful memories of their dad teaching them to waterski and drive boats. He taught them to ride motorcycles and drive tractors.  By example he taught them the value of having a good work ethic and the importance of being humble, giving back to their community, and to care for others.  Most importantly he passed along his faith in a loving God and being a servant leader. He told them each they were leaders, not followers, and that with leadership came responsibility.

Wayne enjoyed cars (Corvettes – but all cars), motorcycles and boats. He raced Enduro until his forties. After that, he would spend many Sunday afternoons on his Harley or his Trike either in Kentucky or Marco Island, Florida. He and Cathy spent many months every year in Marco Island, enjoying the warm weather and the beautiful sunsets.

Wayne’s great grandchildren lovingly called him “Grandad Foster Road” – and spent many afternoons riding with him in his Gator or his Kabota and playing in the pool on Foster Road. He taught them how to take care of their belongings and to help each other and family.

He was a true Kentucky Wildcats fan, watching every basketball and football game – almost always with Cathy, family and/or friends. Kentucky blue was his favorite blue.

Wayne was recognized for his achievements and kindness. In 2012, he was inducted into the KWC Alumni Hall of Fame and in 2020, he was inducted into the Junior Achievement of West Kentucky’s annual Owensboro Business Hall of Fame. He was named 2003 Kentucky Businessman of the Year; the 2005 Owensboro Entrepreneur of the Year; and was given the 2006 President’s National Leadership Award.

Wayne was preceded in death by his parents Kenneth and Mary Foster.

Visitation will be held Monday, Nov. 21 from 2 p.m. to 8 p.m. at Glenn Funeral Home and Crematory in Owensboro and Tuesday, Nov. 22 from 9 a.m. to 10 a.m. at Owensboro Christian Church where services will be held at 10 AM.