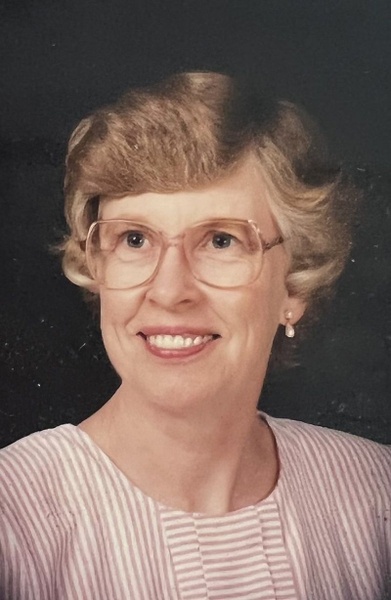 Kendall Faye Jones Allen, 79, of Owensboro, passed away Friday, May 20th at the Heartford House while under the care of Hospice of Western Kentucky in Owensboro. Kendall was born December 22nd, 1942, in Owensboro, Kentucky to Nina "Granny" Jones and Howard "Bud" Kendall Jones. She was a graduate of Daviess County High School, class of 1961, and retired from Western Kentucky Gas - Atmos Gas Company.
Kendall was a member of Thruston United Methodist Church since 1953 where she played the organ/piano every Sunday for the past 45 years. She was also active in the local homemaker's group and loved working in her vegetable and flower gardens.

She was married to Terry Allen for 59 years and was only apart from him for six months before they were reunited in heaven.

Kendall is preceded in death by her husband, Terry; her father, Howard; and her brother, A.D. Jones.
She is survived by her sons, William Stanley Allen and H. Dwayne Allen (Tara); her grandchildren, Cody Allen (Danielle), Sara Danielle Allen, Tanner Allen, Grace Allen, Luke Allen; and her great-grandchildren, Lily, Ezra, and Ace. She is also Survived by her mother, Granny (Nina Jones); her sister, Myrtle (Jones) Marksberry; and her brother Jody (Rhonda) Jones.

The funeral service for Kendall Allen will be 12pm Friday, May 27th at Glenn Funeral Home and Crematory, with Brother Mark Watson officiating. Burial to follow in Owensboro Memorial Gardens. Visitation will be from 10am until 12pm Friday at the funeral home.

Expressions of sympathy may take the form of contributions to Hospice of Western Kentucky or to Thruston United Methodist Church of Owensboro.
Condolences for the family of Kendall Allen may be left at www.glenncares.com.