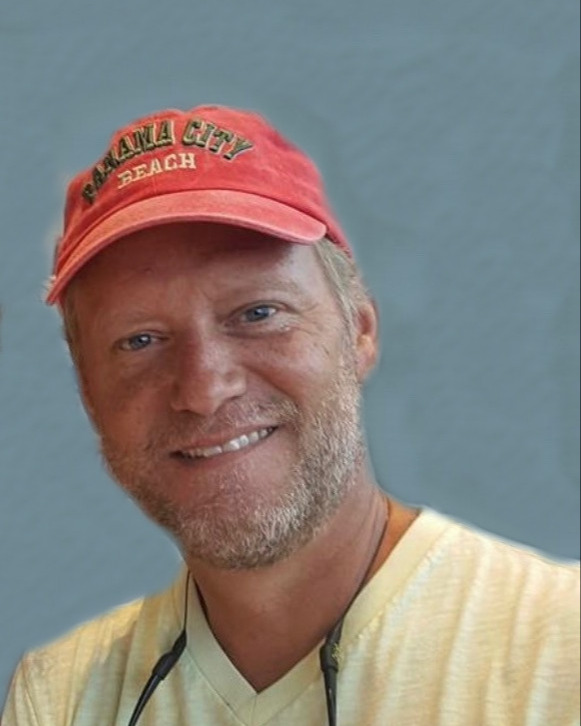 Jonathan Deke Book, 54, of Owensboro, passed away Wednesday, November 2, 2022, at the Heartford House while under the care of Hospice of Western Kentucky. He was born October 13, 1968, in Hopkinsville, to the late Charlie and Kay Brenton Book. Deke enlisted into the United States Navy in January of 1987 where he would become a distinguished Aviation Electrician. He was most proud of his years of service in the Navy, his family, and most importantly his grand babies. Deke met the love of his life Joyce in 1999. They went on to raise three daughters Christina, Kimberly, and Jonnia. He had a passion for his grand-babies and all things history and traveling the world. Deke loved taking annual trips to the beach where he made endless memories with his girls and grandchildren. You could spot Deke a mile away by his bright blonde hair. He would spend hours on the beach looking for shells and teaching everyone how to boogie board and snorkel. Deke loved to enjoy the best seafood and was never afraid to try something new.

Deke and Joyce were inseparable. They would do literally everything together including work! He and Joyce worked side by side for more than 15 years. They were considered a dynamic duo at work! When they were not working, they loved to shop, travel, and spend time with the grand kids!

One of Deke's most prized titles was being called “Grampa”. He sure did adore his “Baby Girl” Brylee. They were the best of friends at first sight. They would spend most every weekend together watching her favorite shows and playing anything she wanted! Grampa was Bella’s biggest fan on the softball field. He would offer her $100 dollars for every time she could get a home run. When he was unable to attend games, he would watch them on game changer and cheer her on.  Grampa would spend hours playing hide and seek with his Paislee. She would make Grampa play the baby while she was the momma, and she would make him pull her for hours in the wagon. He would take Christopher out for long bike rides and Christopher would insist on staying overnight with his Grampa. Grampa time with Lexi was short but sweet. Grampa was considered a baby whisper; all babies loved him.

Deke was known for his quick wit, his infectious smile, and his kind and compassionate spirit. Deke could always light up the room with laughter.

The funeral service for Deke will be held noon Thursday at Glenn Funeral Home and Crematory with Nick Martin officiating. Burial will follow in the Field of Honor at Owensboro Memorial Gardens with full military honors. Visitation will be held Wednesday from 2 p.m. until 8 p.m. and Thursday from 10 a.m. until time of service at the funeral home.

Memories and condolences for the family of Deke Book may be left at www.glenncares.com

With full military honors in the Field of Honor