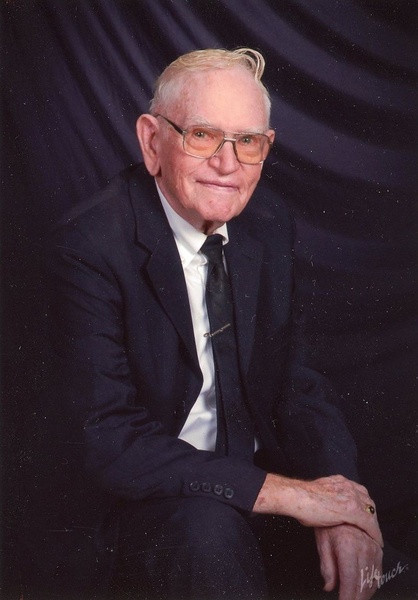 John William Lanham, 96, of Knottsville, went to his Eternal Home, surrounded by his loving family on October 22, 2021. He was born on November 13, 1924, to the late Lawrence and Hettie Hagan Lanham. John was a very prayerful man and had a special devotion to the Holy Rosary, praying it daily. He always put God first in his life and family. John was an old-time fiddler, an avid fiddle player of Old Time Music.

He was a member of St. William Parish, a Kentucky Colonel, served 24 years as a Knottsville fire fighter, President of the Knottsville Lion Club, Knights of Columbus, World War II Veteran, volunteered in numerous parish organizations, was a Eucharistic minister, served in Jail ministry, received the Sophia Award in 2003, member of St Vincent DePaul, and on the board of the Bishop Soenneker Home.

Along with his parents, John was preceded in death by his wife of 63 years, Edna Mae Lanham; his son, James Warren Lanham; his granddaughter, Katie Mae Hodskins; and his brother, Joseph L. Lanham.

The funeral Mass will be 11am Tuesday at St. William Catholic Church. Burial will follow in St. William Cemetery. Visitation will be Monday from 2pm until 7pm at Glenn Funeral Home and Crematory, with prayers beginning at 7pm; and from 9am until 11am Tuesday at the church.

Expressions of sympathy may take the form of donations to St. William Catholic Church; or to Mary Carrico Catholic School.

Memories and messages of condolence for the family of John Lanham may be offered online at www.glenncares.com.