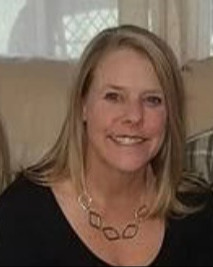 Jennifer McCarty Quinn, 49, of Owensboro, gained her wings on January 7, 2023, after a brief battle with lung cancer. Born March 9, 1973, in Grand Forks AFB, North Dakota, Jennifer graduated from Owensboro Catholic High School in 1991, then earned an Associate’s Degree in Computer Science from Owensboro Community and Technical College. She worked for Premium Allied Tool, U.S. Bank, was an Instructional Assistant at Tamarack Elementary School, and most recently the General Manager for Tropical Smoothie Cafe, where she developed a partnership with Puzzle Pieces and became a champion for employing individuals with disabilities. Jennifer’s children were the most important part of her life, she believed in living each day of life to the very fullest, treating everyone as family and always had a positive attitude. She was an avid UK fan, the life of the party, spent all free time with family and friends and was known as the queen of one-liners. Jennifer especially loved spending time on the family farm, and was always kind and loving especially to children, even those not related to her called her the best GiGi. Jennifer was also a Kentucky Organ Donor, she had such a selfless nature, and to know her was to love her.

She was the loving mother of 2 children, a daughter, Jenna Rose Quinn, and son, Easton Quinn. Jennifer is also survived by her parents, LeAnn Dant McCarty, and Donald McCarty. Also mourning the loss of their sister are Heather (Billy) Sanders and Alyson (Bryan) Stallings.   She was the best Aunt GiGi to 2 nieces and 3 nephews, Parker and Hadlee Sanders, Hudson, Knox, and Emarie Stallings, and a host of aunts, uncles, and cousins.

She was preceded in death by her grandparents, Bryant Eugene and Minn Rose Dant, and Joseph Leo and Mary Leo McCarty.

Visitation for Jennifer McCarty Quinn will be 11:30AM-4:30PM Wednesday at Glenn Funeral Home and Crematory. The funeral Mass will be at 5:00 p.m. Wednesday at Precious Blood Catholic Church.

Prayers will be at 4:00PM Wednesday. Expressions of sympathy may take the form of contributions to St Jude Children’s Hospital.

Memories and condolences may be shared with family at www.glenncares.com