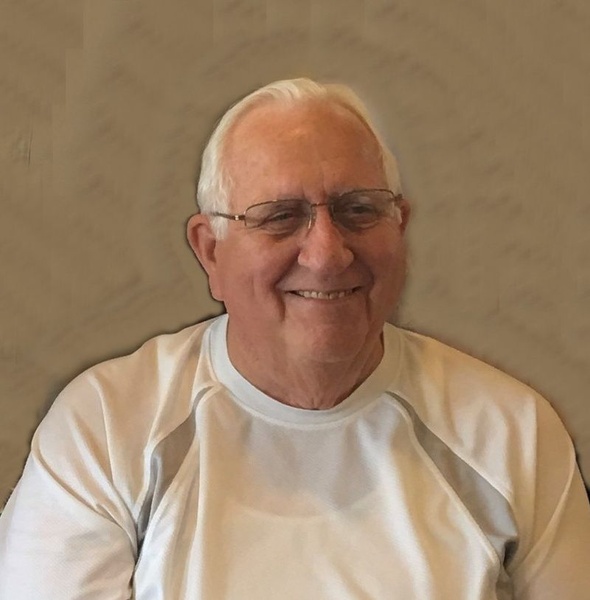 James R. "Bob" Volk, 84, of Owensboro, passed away Sunday, January 2, 2022 at Owensboro Health Regional Hospital. He was born in Owensboro to the late Joseph E. and Anna Fuerst Volk.

Bob was of the Catholic faith and served in the U.S. Naval Reserves for six years. He retired from Business Equipment, Inc. where he had worked as a salesman for many years. Bob enjoyed U.K. Basketball, golf and playing cards. He was an outstanding handyman who was very particular with his work and would look for tasks to take on- he was a "doer". However, he also made time for family. He loved their vacations together, especially to Gatlinburg/Pigeon Forge. He loved Christmas and was always at the ready with the camcorder to capture those moments with the grandchildren. Bob will be missed by many and remembered as a man of principle.

The funeral service will be at 10:00 AM, Friday, January 7 at Glenn Funeral Home and Crematory where visitation will be Thursday from 3:00 until 7:00 PM and Friday from 9:00 AM until the time of service. Burial will be at Resurrection Catholic Cemetery.