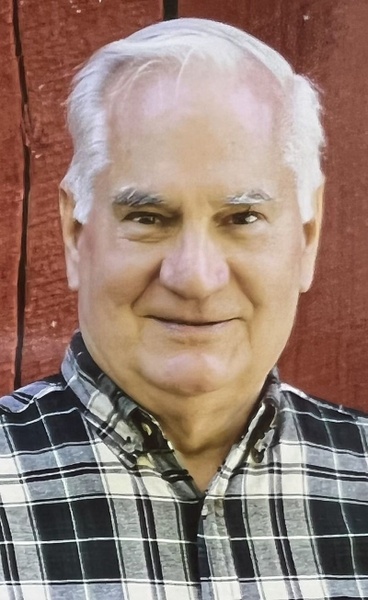 James Richard "Jim" Powers, 80, of Owensboro, passed away April 22, 2022, at Owensboro Health Regional Hospital. He was born April 11, 1942, in Owensboro, to the late Maxwell Powers and Carmel Wathen Powers. Jim was of the Catholic faith, graduated from Owensboro Catholic High School and attended Brescia University. He retired from G.E. and M.P.D. as an electronics specialist. He was a proud Navy veteran and was stationed in San Diego and Scotland. Jim enjoyed genealogy and being outdoors, whether it be walking his dog, "Moses," watching birds, fishing, or tending to his rose bushes. More than anything, he loved his family and spending time with them.

The funeral Mass will be 11am Tuesday at Immaculate Catholic Church, with visitation beginning at 9am at the church. Private burial will be in Resurrection Cemetery. Care by Glenn Funeral Home and Crematory.

Expressions of sympathy may take the form of donations to the Owensboro Help Office, or to St. Jude Children's Research Hospital.

Memories and messages of condolence for the family of Jim Powers may be offered online at www.glenncares.com.