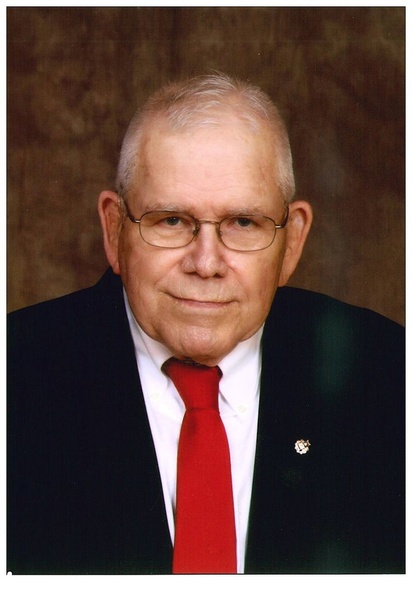 James E. Kauffeld, of Owensboro, passed away October 10, 2021, at the Carmel Home. He was born February 18, 1934, in Daviess County to the late Edwin Simon and Mary Jane Montgomery Kauffeld. James was a graduate of Owensboro Catholic High School and was honorably discharged from his service in the United States Marine Corp. James retired from Hampshire Chemical after thirty years. He spent much of his career as an electrician and was later promoted into management. James was also a member of the local Marine Corp League, American Legion and the AMVETS. In retirement, he drove a van for the Disabled Veterans for five years. He was also a dedicated member of the Knights of Columbus for fifty years. Most notably holding the position of Grand Knight for numerous terms of service. James enjoyed hunting, fishing, and loved camping. James was a loving father and committed husband of fifty-nine years. He was a gifted craftsman and generous with his time, providing help where needed. The legacy he left for his children was whatever tasks are presented, complete them to the highest level of excellence and remain committed. James was a man of faith, country, family, and a longtime member of St. Mary Magdalene Catholic Church. He was preceded in death by his sister, Louise Daniel and her husband, Henry; sister-in-law, Wanda Kauffeld; brother-in-law, David Grant.

Expressions of sympathy may take the form of contributions to St. Mary Magdalene Catholic Church or Carmel Home.