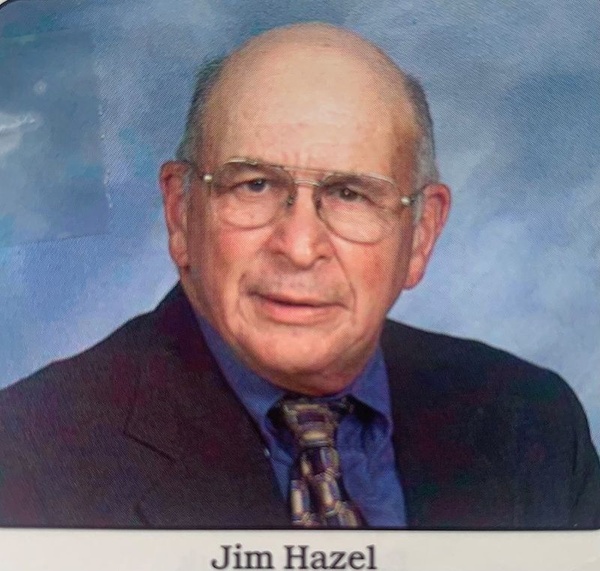 James W. Hazel, 80, of Thruston, passed away, February 15, 2022, while in the care of Hospice of Western Kentucky. Born April 10, 1941, in Daviess County to the late Guy "G.W." Hazel Jr., and Helen Bamberger Hazel, James served as a lector and Eucharistic minister at St. Williams Catholic Church. After earning a bachelor's degree from the University of Dayton in 1963, he went on to earn a master's degree from the University of Kentucky in 1973. James retired from Exxon Co. USA and subsequently retired from Kentucky Division of Oil and Gas. Mr. Hazel had been a member of the American Association of Petroleum Geologists, Kentucky Oil and Gas Association, Alcoholics Anonymous, Daviess County Lions Club, Gateway Foundation, and Dream Riders of Kentucky. During his spare time, James enjoyed fishing, gardening, U.K. basketball, and "piddling" around the farm.

Expressions of sympathy may take the form of contributions to Gateway Foundation, St. Williams Church, or the AA Central Office in Owensboro. Envelopes will be available at the funeral home.