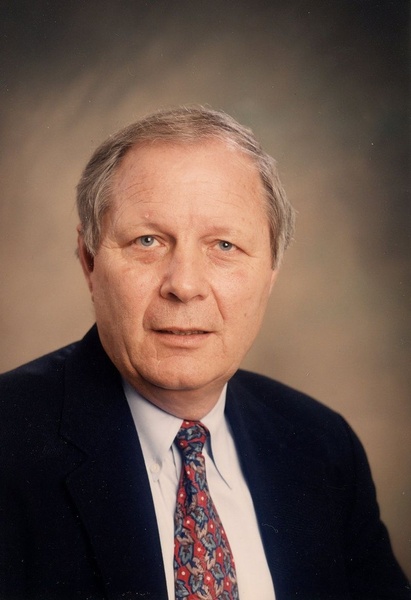 James E. "Jim" Krampe Sr., 87, of Owensboro, passed away Saturday, July 23, 2022, at Owensboro Health Regional Hospital. He was born April 6, 1935, in Owensboro, to the late Paul and Lucy Fischer Krampe. Jim was a devoted family man who got his greatest pleasure from spending time with his wife, children, and his grandchildren, who were the ones who "made him great". He also enjoyed being outdoors, traveling, and playing golf. Jim had a servant's heart. He devoted much of his time doing volunteer work, such as his time in youth sports, his community civic organizations like Civitan and Rotary Club, and through his church working with St. Vincent de Paul. He always worked to make a difference in the lives of others.

Jim was a graduate of Owensboro Catholic High School, was enlisted in the Navy Reserves as an Electronics Technician from 1953-1961, and then directly following graduation from the University of Dayton with a bachelor's in electrical engineering, he went to work for General Electric for 17 years. He then worked for Green River Electric / Kenergy as Director of Engineering for 21 years before retiring in 1996. Jim was also a long-time member of the Kentucky Society of Professional Engineers.

Along with his parents, he was also preceded in death by a granddaughter, Collette Marie Krampe; his siblings, Martin F. Krampe Sr., Paul A. Krampe Jr., Charles W. Krampe, and Martha L. Krampe.

The funeral Mass for Jim will be held at 11 a.m. Thursday at Immaculate Catholic Church with Father Tony Jones officiating. Entombment will follow at Resurrection Cemetery. Visitation will be held Wednesday from 4 p.m. until 7 p.m. with prayers at 6:30 p.m. at Glenn Funeral Home and Crematory and Thursday from 9 a.m. until 11 a.m. at the church.

Expressions of sympathy may take the form of contributions to St Vincent de Paul or the charity of one's choice.

Memories and condolences for the family of Jim Krampe may be left at www.glenncares.com