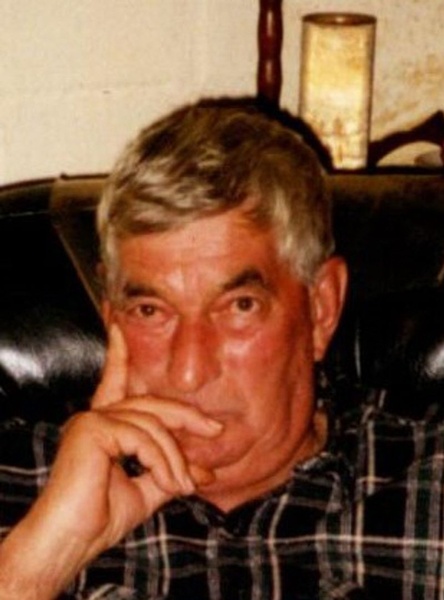 J. D. Sheldon
J. D. (Jack Dozier) Sheldon, 83, of Gatewood, Kentucky died January 2, 2022 at Owensboro Health Regional Hospital surrounded by his family after a short battle with cancer. He was born July 30, 1938 to the late Hubert Franklin Sheldon, Sr. and Delenar Myrl Lambert.
After graduating from Daviess County High School in 1956, J. D. also served in the U. S. Army from 1962-64 and was stationed at Ft. Bliss in the 71st Artillery Battalion. He worked many different types of construction, carpentry, and farm jobs including Tri Star Construction and James D. Stone Construction. His lifelong passion was building anything. He built several buildings on the farm where he lived and during the winter months it was not uncommon to visit him in the farm garage where he was always making something or working on farm equipment. After he retired, he once made an entire farm of over 20 pieces out of Dum Dum sucker sticks. J. D. loved the farm and the wildlife on it. In his younger days, he would be seen fishing several times throughout the week, always coming by to share his catch with others. J. D. raised a garden every year and his specialty was squash, collecting well over 100 each year and sharing them with neighbors as he drove his utility vehicle around the neighborhood. He still held many positions on the farm including postmaster, uber driver, maintenance supervisor, Gatewood genealogy expert, and most of all, master gardener.
In addition to his parents, J. D. was proceded in death by his sister, Shelby Jean Sheldon; and brothers, James Curtis Sheldon and Hubert Sheldon Jr.
Those left to cherish his memory include his nieces and nephews Debbie Dawson(Johnny) of Gatewood, Beverly Stone(James) of Philpot, Bruce Sheldon(Rosita) of Lewisport, and Tim Sheldon(Marijane) of Gatewood; his great nieces and nephews, Eric Stone(Jessica), Jeremy Stone(Lauren), Ashley Gorman(Scotty), Angela Mayfield(Daniel), Amanda Spears(Justin), Joshua Sheldon(Amanda), Winston Dawson, Magan Sheldon, Rachel Sheldon, Olivia Sheldon, Will Sheldon, Christopher Crowe, Ethan Crowe, and Zachary Crowe; extended family, Phillip Smith, Faye Sheldon, and Bobby Lawson.

Services for J. D. will be 2 PM Wednesday, January 5, at Glenn Funeral Home and Crematory with burial following in Roberts Family Cemetery. Visitation will be from 10 AM until 2 PM Wednesday at the funeral home
Expressions of sympathy may take the form of donations to Sleep in Heavenly Peace (SHP), PO Box 113 Maceo, KY 42355. Memories and condolences to the family can be shared at www.glenncares.com.