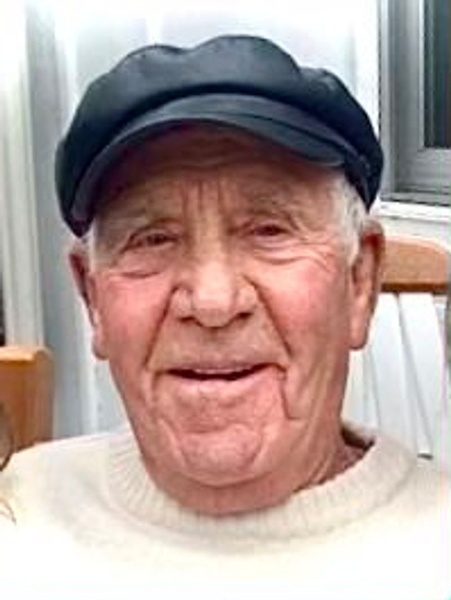 Herbert L. Millay passed away peacefully on June 25, 2021, knowing the love of his family and of his many dear friends. Born on May 27, 1932 near Birk City, KY, he was the seventh of eight children of the late Richard and Clotildia (Carrico) Millay. He is survived by his brother David (Becky) of Owensboro, KY and by his sister Catherine Kuehle of Cape Girardeau, MO. Herbert grew up in Birk City and attended school in Sorgho. In 1952 he married the love of his life, Martine Mattingly.

Herbert's life work and mission was that of a master plasterer. His expertise was well known not only in Kentucky, but also in Utah and Alaska, where he and Martine successfully established plastering businesses. Herbert learned the art and science of plastering from his father and older brothers, then later taught it to his sons, who have passed down many of the secrets of this beautiful and difficult trade to their own children.

Herbert also shared his love of crafting, especially the making of tables, lamps, and crosses embedded with stones, shells, or pieces of stained glass, with his grandchildren, great grandchildren, neighbors, and friends. Through a special reacquaintance and fatherly friendship with his old plastering partner's daughter, Rosemary Conder, the homes and offices of several community members and organizations are now graced by Herbert's crafts and stained-glass window creations.

Herbert was an avid gardener, particularly of tomatoes. His super-sized tomatoes were featured in the Owensboro Messenger-Inquirer, and he enjoyed an ongoing tomato-growing competition with his younger brother David. Always one to share, he passed on his gardening secrets to others.

Herbert also enjoyed boating and fishing, especially participating in the Alaska Salmon Derby, in which he often did well, one time coming in second place by only a few ounces. He liked to joke that if the fish would have just had a herring in its mouth, he would have come in first! Herbert's wit and enjoyment of life were always evident, always! He enjoyed going to Owensboro's Friday After Five celebrations, dancing and listening to music with his dear friends. He conversed with people wherever he went and is well known to many local restaurants, his church, and in his neighborhood, where he brought joy as a father/grandfather figure to many young people.

A Mass of Christian Burial will be celebrated 12:00 Thursday at St. Stephen Cathedral. Visitation will be Wednesday from 3:00 until 7:00 pm with prayers at 6:30 pm and Thursday from 10:00 until 11:30 am at Glenn Funeral Home and Crematory.

Memories and condolences for the family of Herbert Millay may be left at www.glenncares.com