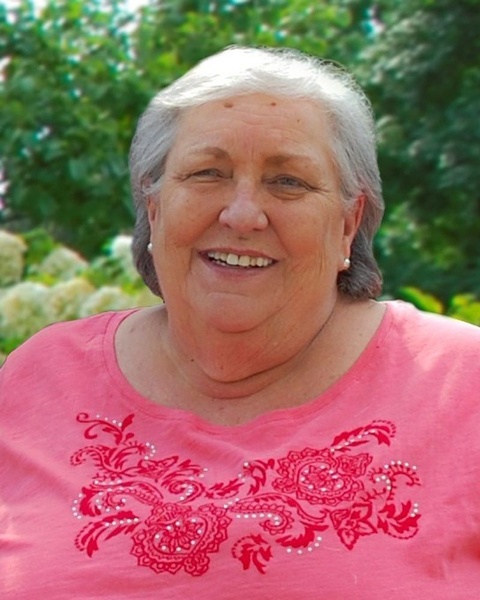 Gwendolyn "Gwen" Sue Powers (Spurlock) went home to be with her Lord and Savior Jesus Christ on Saturday, December 18, 2021. She was 75 years old. Gwen was born June 12, 1946, in Rockport, Indiana to Clayton and Ruth (Reinhart) Spurlock. She was the only daughter with five brothers, raised in Rockport, until moving just across the Ohio River to Owensboro.

Gwen married Gary Lee Powers in August of 1972 and together they raised their two children, Jason Kipp and Cassandra Marie, residing briefly in Indianapolis before moving to the Denver, Colorado area in 1983. Not long after settling in Aurora, Colorado, they joined South Sheridan Baptist Church where they spent the next 11 years being proactively involved in the church and school as their children grew.

During that time, Gwen and Gary ran their own very successful independent insurance agency until his passing in 1998, after which she retired.

Gwen spent her later years being involved in the local church and helping anywhere else she could find an opportunity to help. Nearly any given day you could find her listening to Gaither Gospel Music, talking with friends and family, or solving the world's problems, never being shy to share her opinion. If you knew Gwen, you knew she would always lend you an ear, giving it to you straight, and always wanting to make sure you knew Jesus. She was never one to impose on your schedule. She was tough as nails. Gwen had the most generous heart, more than most of us can ever hope to have. She deeply loved her Lord Jesus and could not wait to meet Him. She was a grandmother, a mother, a wife, an aunt, a great-aunt, a sister, a daughter, and a faithful friend – and she was good at it. And, oh, how she loved to spoil her grandchildren!!

Gwen was preceded in death by her husband, Gary L. Powers, her brother, Philip Spurlock, and her parents, Clayton Spurlock and Ruth (Reinhart) Spurlock.

The funeral service will be noon Saturday, January 8, 2022, at Glenn Funeral Home and Crematory. Visitation will be Friday from 5:00 until 7:00 pm and Saturday from 10:00 am until the service. Burial will be in Owensboro Memorial Gardens where she will be laid to rest alongside her husband.

Memories and condolences for the family of Gwen Powers may be left at www.glenncares.com