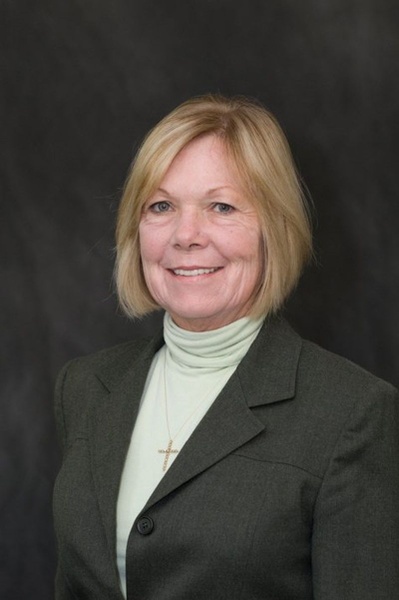 Gretta Emberton Wilson, 80, of Owensboro and LaGrange, Ky., died Tuesday, August 9, 2022, at Ascension St. Vincent Hospital in Evansville, In., following a massive stroke a month ago. She was wrapped in the love of her family and her Savior at her passing.

Born in Canton, Ohio, to Fontis D and Nelle Dyer Emberton, she moved with her parents from Tompkinsville, Ky, to Louisville, Ky., where she met and married Russell Garnett Wilson. They later moved to and made their home on family farmland in LaGrange, Ky., where they lived together until his death in 1991.

After graduating with honors from DuPont Manual High School in 1959, she took a job as a social worker. That career was brief, however, due to her heartfelt compulsion to spend the majority of her weekly earnings on the children in her care. Next, she was employed as a secretary for a Louisville insurer, changing the trajectory of her career path, which led to her becoming a pioneering female executive in the life and health insurance industry. Beginning in 1961, her distinguished business career spanned more than 45 years, a rare and impressive accomplishment for a woman of her generation. Her incredible work ethic, honesty, intellect, dynamic personality, and business savvy propelled her from entry-level professional to senior management, where she was eventually promoted to Senior Vice President and Chief Operating Officer with the old Lincoln Income Life Insurance Company and its subsidiary, Integrity National Life Insurance Company in Louisville. She held those same posts with Life and Health Insurance Company of America in Philadelphia, as well as State Mutual Insurance Company in Rome, Ga. At the same time, she was a devoted wife, mother, daughter, sister, aunt, and friend, making ground-breaking advances and personal sacrifices which paved the way for modern-day working women everywhere.

Following her retirement from active business life in 2007, her career came full circle when she returned to social work and was named president of Rome's Open Door Children's Home, a residential facility for abused and neglected children for which she had previously volunteered. She held that position for a decade, until she was diagnosed with an auto-immune kidney disease. Her work at Open Door led hundreds of children to happier, more productive lives, and she declared it the most rewarding and satisfying work of her life. In tribute to her service, a portion of the Home was renamed in her honor in 2017. She returned to Kentucky in 2020, moving to Owensboro to be closer to her family and farm.

She was a former member of the Board of Directors of Integrity National Life Insurance Company; Life and Health Insurance Company of America; State Mutual Insurance Company; American Cancer Society; American Red Cross; The Exchange Club Family Resource Center; Open Door Children's Home and, Heart of the Community. Gretta was a former member of numerous insurance-industry associations, as well as The Union League Club of Philadelphia and Coosa Valley Country Club in Rome. She attended First Baptist Church of Woodstock and was a proud Kentucky Colonel.

For more than 20 years, Gretta enjoyed summers with her family and many special friends at her Tennessee vacation home on Dale Hollow Lake. Besides boating, she loved to swim, sunbathe, fish, waterski, play card games and make memories gathered around campfires. An avid weekend gardener, Gretta spent much of her spare time growing gorgeous hydrangea, roses, hosta, hibiscus, peony, lilies, orchid plants and her favorite flower, gardenia. She loved to cook and bake, always seeking a new or tweaking a favorite old recipe. She especially enjoyed candy making for friends and family at Christmastime. From Spain to Switzerland, she loved to travel and sightsee. Gretta always cheered for the University of Kentucky Wildcats.

She was preceded in death by her husband and parents. Survivors include her pride and joy, a son, Stevenson Russell Wilson of LaGrange; and, a treasured sister, Gail Emberton Kirkland (Drew) of Owensboro; and four nephews.

Visitation in Owensboro will be held at Glenn Funeral Home and Crematory on Saturday, August 13, from 2 until 4 p.m., with services to immediately follow. Afterward, a reception for friends and family will be held at Owensboro Country Club, 400 E. Byers Avenue. Interment and private graveside service will take place in the family cemetery at her beloved Rail Splitter Farm in LaGrange.

Expressions of sympathy may take the form of contributions in her memory to Open Door Children's Home, 5 Leon Street SW, Rome, GA 30165.

Memories and condolences for the family of Gretta Wilson may be left at www.glenncares.com