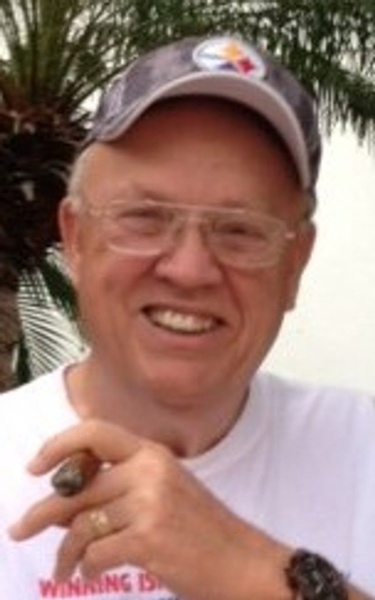 Elbert Eugene NeSmith, 79, of Owensboro, began his next adventure on Wednesday morning, October 13, 2021, leaving from the Heartford House with the care of Hospice. He traveled with a smile on his face in belief in his heart.
Gene was born on November 30, 1941, in Owensboro, to the late Elbert W and Anna M NeSmith. In addition to his parents, Gene was preceded in death by his brothers, Danny NeSmith and David Nesmith; his mother-in-law and father-in-law, Anna Rhea and Duff Gray; and his grandson, Matt Welsh.

Gene retired working as a manager and a technician from AT&T-BellSouth and was a member of the Telephone Pioneers. He enjoyed life and there was always a smile on his face when he was with friends. Fishing trips, card games, target practice and a whole lot of BBQ cooking filled his calendar. Some of his very close friends were known to test his smile by placing blanks in his gun when target shooting and tying a string to make his fishing pole bell jingle while night fishing, to watch him run up and down the hillside while they were camping. All of his telephone family brought much laughter, fun, and great memories to his life.

Gene served in the Air Force and received an honorable discharge from active duty based in the Warner Robins Georgia AFB in 1963. He was proud to serve his country and enjoyed continuing to hear the many stories from his friends of their service time. He shared his particular memory of being active during the Cuban Missile Crisis and understood how all of those who serve are to be respected and appreciated. Gene was a member of AMVETS 119 and the Fratneral Order of the Eagles 4168.

Gene is survived by his wife, Sharon Gray NeSmith, and they worked, played, and danced together through life for 42 plus years. He was fortunate to add additional friends throughout his many endeavors with Sharon by his side and together they enjoyed life for each day it brought. Gene is also survived by his daughters, Syrina Kay Thompson (David), Sandy NeSmith (Clayton Mouser), and Sherri Nesmith (Tim Mattingly); his step-son, Michael Stewart (Teresa); his grandchildren, Chelsie, Dustin, Lexi, Lindsey, Jay Hunter, Mikey, Adam, and Bryson; 8 great-grandchildren; his brother-in-law, Jeff Gray (Teresa); his sister-in-law, Jenny Nesmith; and several nieces, nephews, and cousins.

The funeral service will be 2pm Friday at Glenn Funeral Home and Crematory. Burial will follow in Elmwood Cemetery with full military honors. Visitation will be from 10am until 2pm Friday at the funeral home.

Memories and messages of condolence for the family of Gene NeSmith may be offered online at www.glenncares.com.