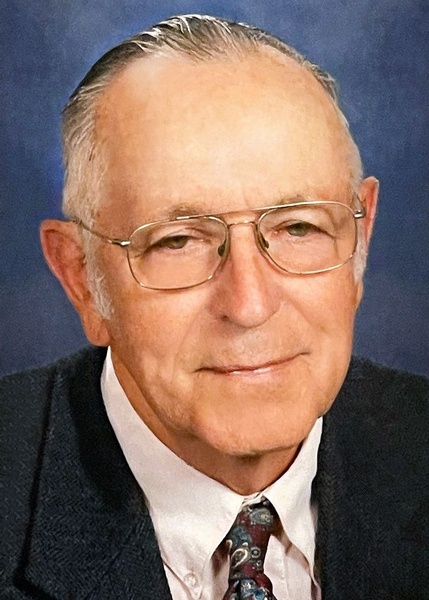 Frank Yaun "Franz Jaun", 86, of the Habit community, passed away on Saturday, April 3, 2021 at the University of Louisville Hospital. He was born October 2, 1934 in Unterbach, Switzerland to the late Emil and Margaretha Jaun-Gerber. Frank was educated in Switzerland and when he was in his early 20's, he and his two brothers decided to come to America. This was the fullfilment of a childhood dream "to come to America and own a Ford". Frank was a faithful member of Third Baptist Church where he served on the board of trustees. He was proud to be a part of the church's restoration project after the tornado devastated the church.

Frank was a furniture and cabinet maker and owned and operated his business, Yaun's Cabinet Shop for many years. He loved raising flowers and vegetables which he shared with several churches and neighbors during the growing season. He also loved to be on the farm. Frank was a master carpenter, give him a picture on something and he could build it. He was a veteran of both the Swiss and U. S. Armies having served in the 101st Airborne Division before he became an American citizen. One of his proudest moments was when he became a U. S. citizen.

Frank was also preceded in death by his brothers, Hans, Fritz, Noldi, and sisters, Katharina, Margrith, and Heidi.

Surviving are his wife of 59 years, Nancy Williams Yaun; his brothers, Ruedi of Canada, Peter and Kari of Switzerland, and several nieces and nephews in Canada, California, and Switzerland.

Frank will be sadly missed by his Williams Family and his many friends. Frank is now with his Lord and Savior, "The Master Carpenter".

The funeral service with limited attendance will be Thursday, April 8, at Glenn Funeral Home and Crematory. Visitation will be from 4 PM until 7 PM Wednesday and from 12:30 PM until 1:30 PM Thursday at the funeral home.

The number of those attending the visitation or service shall be within current health and safety directives. Family and friends shall wear appropriate personal protective masks and shall enter the doors near the flagpole on the Breckenridge Street side of the building.

Memorial contributions may be made to Third Baptist Church, 527 Allen Street, Owensboro, KY 42303. Memories and condolences to the family can be shared at www.glenncares.com.