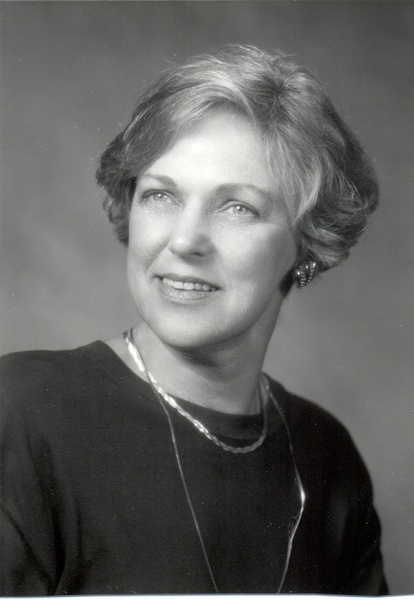 Esther Matilde Puram Jansing passed away peacefully at Norton Brownsboro Hospital in Louisville, Kentucky early on Saturday, January 16, 2021. She was 83 years old. Esther was born in New Rochelle, New York, on February 13, 1937, to the late Freda Luise Staiger Puram and the late Krisjan Puram. She graduated with a Bachelor of Science degree in Nursing from Cornell University -New York Hospital School of Nursing and a Master of Arts degree in Nursing Education from Columbia University Teachers College, both in New York City.

In 1960 she married C. William Jansing, M.D. They had three children, David, Kristin, and James. They lived in New York City, and Richmond, Virginia, before settling in Owensboro, Kentucky, in 1969.
In addition to her family, Esther's passions and interests have centered mostly around education, music, and the arts. She spent many enjoyable moments using her talent in watercolor and oil painting and enjoyed some success in both areas.

As a child Esther found much pleasure in music. She enjoyed playing the violin and guitar. She frequently visited the public library to borrow recordings of classical music. Years later she joyfully discovered the Owensboro Symphony Orchestra. She served on its Board of Directors and was President and an Honorary Life Member of the board. She was convinced of a strong connection between music and educational success, and advocated for music in schools. She was an active member of the First Presbyterian Church choir, the Owensboro Symphony chorus, and the Owensboro Choral Society, singing in the Messiah.

She was instrumental in the beginnings of the Leadership Owensboro program and a member of its guiding group. She subsequently served as its Executive Director for a number of years. She served as a program director for the Chamber of Commerce of Owensboro and in this position helped initiate the present Green River Area Community Foundation and was its first Executive Director. She served as the first Executive Director of the Marilyn and William Young Charitable Foundation as well. Esther was a 2004 graduate of Leadership Kentucky and a Kentucky Colonel. Esther was an active member of the Citizens Committee on Education and the Formula for the Future program. At the state level she was on the Kentucky Council for Postsecondary Education and The Prichard Committee for Academic Excellence.

Esther was an exceptional Mother and Grandmother. She was loved by all and will be remembered especially for her cheese grits, Williamsburg rice, and baked Alaska Melba. She was a good and caring friend to everyone she knew. Her person will be loved and her memory will be cherished forever.

A Memorial Celebration of the life of Esther Puram Jansing will be held at First Presbyterian Church on Saturday, July 31, at 2:00 p.m.. There will be special music and a reception following the celebration in the Fellowship Hall.

In lieu of flowers, gifts to your favorite charity or educational, musical, or arts organization would be appreciated. Care is by Glenn Funeral Home and Crematory. Memories and messages of condolence for the family of Esther Jansing may be shared at www.glennfuneralhome.com.