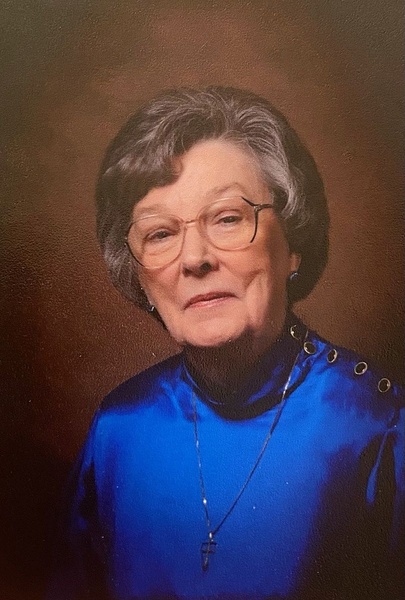 Elizabeth Anne Saucerman Paris, 92, formerly of Owensboro, KY, was surrounded by family when she passed away in Frisco, Texas, October 8, 2021. She was born January 11, 1929, in Jasonville, Indiana to Goldia and Orville Saucerman. She began playing piano at the age of three and was regularly playing for church services at the United Methodist Church of Jasonville by the age of five. She was a gifted pianist, and her love for music would last a lifetime. She studied piano at DePauw University, graduating in 1949 with honors, and went on to earn her master's degree from Boston University in 1950.

She moved to Owensboro in 1951 for a teaching position in the music department at Kentucky Wesleyan College where she met the love of her life, Gus Paris. They were married on August 25,1952 and remained married for 67 years until his passing in January of 2019.

Elizabeth, a lifetime Methodist, had strong Christian faith and a love of church music. She was the organist and choir director of several Owensboro churches, including First Christian, Trinity Episcopal, First Presbyterian and Zion United Church of Christ. She played both piano and harpsichord for "The Messiah" annual concert for more than 25 years. She was also a passionate composer writing an original Christmas carol each year for her Christmas card.

In addition to playing at her local church, she enjoyed teaching hundreds of children over the years and playing for countless events throughout the community. Elizabeth was known to be extremely compassionate, generous and giving, and supported numerous charities.

She was active in the National Federation of Music Clubs, where she served first as the President of the Saturday Musicale, followed by President at the state level. In 2003, she was elected the thirteenth President of the NFMC for four years. In this role, she traveled to most states supporting the state clubs and represented the NFMC at the United Nations all four years. She also served on the Board of the Debussy Foundation and Opera in the Ozarks. Through her leadership, she emphasized and encouraged disabled and disadvantaged children in their pursuit of music.

Elizabeth was also an avid supporter for the seeing impaired and read and recorded dozens of books for the blind through the Owensboro Public Library. Her passion led her to establish the Betty Jane Butler scholarship at the Indiana School for the Blind.

Her passion and support for music and others was only surpassed by her love for her family.

She was preceded in death by her husband Gus; oldest daughter, Carol Anne Paris Bridge; and sister Louise Harvey.

A service to celebrate Elizabeth's life will be held at 4:00 pm, Saturday, October 16, at Glenn Funeral Home and Crematory where visitation will be from 1:30 pm- 3:30 pm. Interment will be at Owensboro Memorial Gardens.