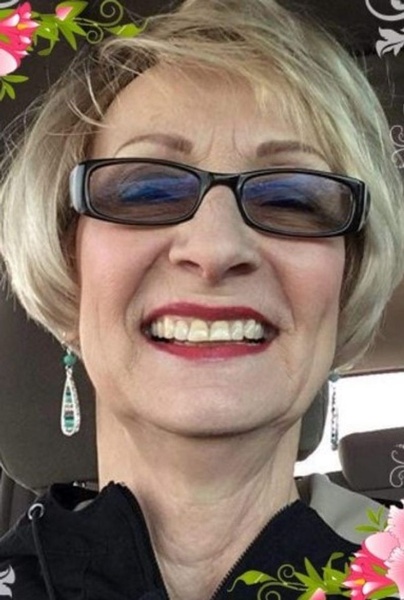 Dyann Paris Manion, 69, of Owensboro, passed away August 3, 2021, at Owensboro Health Regional Hospital. She was born July 25, 1952, in Owensboro, to the late Franklin and Melba Paris. Dyann was a woman of faith and a devoted member to HIS Church in Owensboro. She enjoyed tending to her flowers, feeding her birds and ducks, and most of all, being "Maw-Maw" to her grandchildren. She was fun-loving, bubbly, and her hugs will be missed by everyone.

Along her with parents, Dyann was preceded in death by her siblings, Margaret Goldman, Priscilla Bartlett, and Paul Paris.

She is survived by her husband of over 40 years, Bob Manion, who passed away only 2 days after her; her daughters, Cindy (John) Young, and Crista (Daniel) Thompson; her grandchildren, Bryson Young, Hunter Fitzgerald (Porscha), Jaycee Young, Gabrielle Thompson, Dominic Thompson, and Izabelle Thompson; her great-grandson, Sebastian Fitzgerald; her siblings, Fanny Vanover, Franklin Paris, Fonda Owen, and Jerry Paris; as well as several nieces and nephews.

Services are private. A celebration of Dyann and Bob's life will be held at a later date. Care by Glenn Funeral Home and Crematory.

Expressions of sympathy may take the form of donations to the Ronald McDonald House, 550 South First Street, Louisville, KY 40202.

Memories and messages of condolence for the family of Dyann Manion may be offered online at www.glenncares.com.