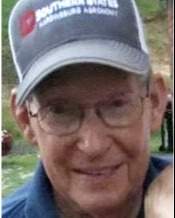 Dwight Vaughn, 79, of Hartford passed away Thursday, September 1, 2022, at Signature Healthcare of Hartford. The Ohio County native was born April 14, 1943, to the late Orville and Thelma (Porter) Vaughn. Dwight graduated from Butler County High School. He worked for Peabody Coal Company and in the oil fields for Harken Oil Company, and then retired after 15 years with Hercules Petroleum as an Oilfield Supervisor. He was a member of Adaburg Baptist Church. Dwight enjoyed racing of all kinds, especially NASCAR.

In addition to his parents, Dwight also was preceded in death by his sister, Frieda Dalton and brother, Jackie Vaughn.

Arrangements for Dwight Vaughn are private. The family will have a graveside service in the Huntsville Baptist Church Cemetery in Huntsville, Kentucky at a later date.

Condolences and memories for Dwight’s family may be left at www.glenncares.com.