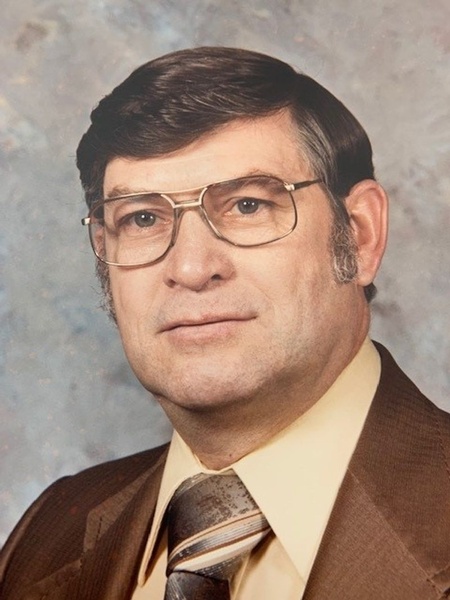 Donald R. Johnson, 88, of Owensboro, passed away on Saturday, October 30, 2021, at his home while under the care of Hospice of Western Kentucky. He was born May 14, 1933 in Muhlenberg County to the late James P. and Mabel Stinnett Johnson. Donald retired in 1995 as a manager with the Kroger Co. after 45 years of service and was a U. S. Marine Corps veteran. He was a member of Riverside Baptist Church where he was very active having served as a deacon and chairman of the deacons. He also had been a Sunday School teacher and sang in the choir. Donald was also preceded in death by a brother, Rev. James H. Johnson and a sister, Shirley Berkley.

Surviving are his wife of 68 years, Joyce Oliver Johnson; a sister, Gloria (Rodney) Bowlds of Hartford; a brother, Wilbur D. (Maxine) Johnson of Owensboro; in laws, Karen and Donnie Benson, Ronnie Oliver, and Gerald Oliver, all of Owensboro; and numerous nieces and nephews including a special niece, Kim Grady of Owensboro.

The funeral service for Donald will be Noon Thursday, November 4, at Glenn Funeral Home and Crematory. Burial with full military honors will follow in Pleasant Hill Cemetery at Elba, KY. Visitation will be from 3 PM until 7 PM Wednesday and from 10 AM until Noon Thursday at the funeral home.

Memorial contributions may be made to Shriners Hospitals for Children Medical Center, 110 Conn Terrace, Lexington, KY 40508. Memories and condolences to the family can be shared at www.glenncares.com.