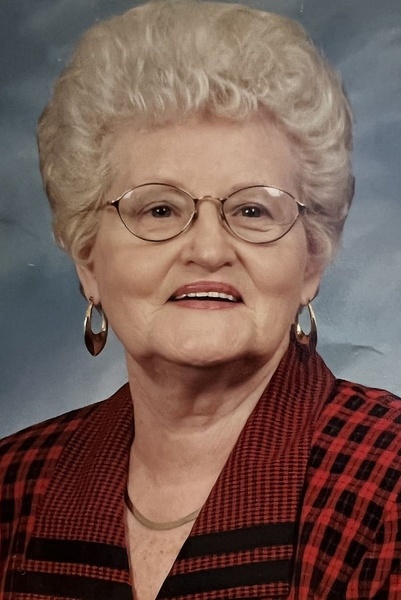 Dimple Fay Wigginton Matthews, 86, of Owensboro, went to her heavenly home surrounded by her family and special friend and caregiver, on April 9, 2022. She was born September 14,1935, in Buford, Ky to the late Raymond Wigginton and Violet Rowan Wigginton.

Dimple graduated from Owensboro High School in 1954. Shortly after in 1959, she married the love of her life, James C. Matthews. They were married for 41 years.

Dimple retired from Swedish Match after 24 years. She was a member of Dawson Baptist Church and was very devoted to her faith.

She loved to fish and spend time outside and had quite the green thumb. Dimple could bring plants and flowers back to life with just a touch of her hand. She loved to bake blackberry cobblers with her granddaughter. Dimple enjoyed spending time with her family and friends, especially her granddaughter and precious great grandbabies; they could never leave her house without a 5-dollar bill just in case they "needed to get them a little something to eat," she would say. She will be remembered for her joyful heart and always taking care of others. Dimple had a true servant's heart, and we will miss her dearly but rejoice in knowing she is brand new again.

Surviving is her daughter, Pam Matthews Roberts of Owensboro; granddaughter, April (Kyle) Weaver; her great-grandchildren, Elliott James and her name's sake, Huntleigh Fay Weaver, all of Owensboro; her sister. Reva Wilkins, of Leitchfield, KY; and numerous nieces and nephews.

The family would like to extend their gratitude to all of Dimple's caregivers and Hospice of Western Kentucky.

Memorial Contributions may be made to Hospice of Western Kentucky, 3419 Wathens Crossing, Owensboro, KY 42301.

Memories and messages of condolence for the family of Dimple Matthews may be offered online at www.glenncares.com.