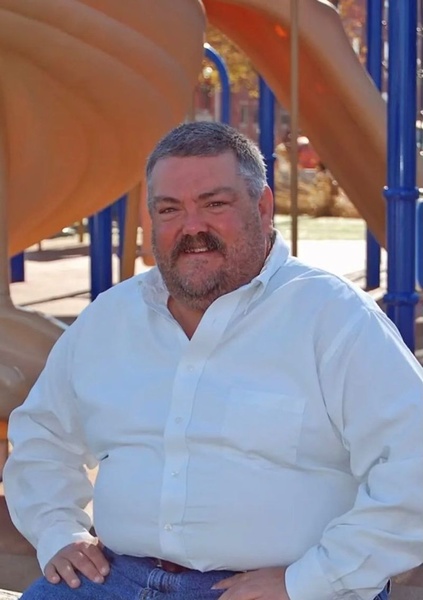 Daniel "Danny" Louis Murphy, 54, of Owensboro, passed away Thursday, August 11, 2022, at the Heartford House while under the care of Hospice of Western Kentucky. He was born August 10, 1968, in Gary, Indiana, to Larry Murphy and Fabyan Velotta Bridgmon. He was of the Catholic faith and a 1987 graduate of Hancock County High School.

Danny was always known for rattling change in his pockets, knowing everyone's birthday, having a big smile on his face, and giving the best hugs. He was loved by all who knew him and was given the nickname "Mario" (for his resemblance of the Nintendo character) by his coworkers at Ragu which he always took pride in. He was an avid Dallas Cowboys fan, enjoyed playing cards with friends and family, bowling, watching NASCAR and UK basketball.
Danny was a special person to many people and will be missed dearly by all.

He was preceded in death by his "Bonus Dad", Steve Bridgmon; and stepsister, Shannon Bridgmon Rinaldo.

Daniel is survived by his mother, Fabyan Velotta Bridgmon; his dad and "Bonus Mother", Larry and Debbie Murphy all of Owensboro; his brothers, Kevin (Terri) Murphy of Owensboro, Jonathon (Stephanie Hayden) Murphy of Richmond, KY, and stepbrother, Steve Bridgmon of Nashville, TN; his sisters, Christina (Adam) Huff of Philpot, Sabrina (Jeremy) Weakley of Richmond, KY; several nieces and nephews and numerous aunts, uncles, and cousins who he was very close to and loved very much.

The funeral mass for Danny will be held at 11 a.m. Wednesday at St. Pius X Catholic Church with Father Babu Kulathumkal officiating. Burial will follow in Resurrection Cemetery. Visitation will be held Tuesday from 2 p.m. until 8 p.m. with prayers at 6 p.m. and Wednesday from 9 a.m. until 10:30 a.m. all at Glenn Funeral Home and Crematory.

Expressions of sympathy may take the form of contributions to the Heartford House c/o Hospice of Western Kentucky.

Memories and condolences for the family of Danny Murphy may be left at www.glenncares.com