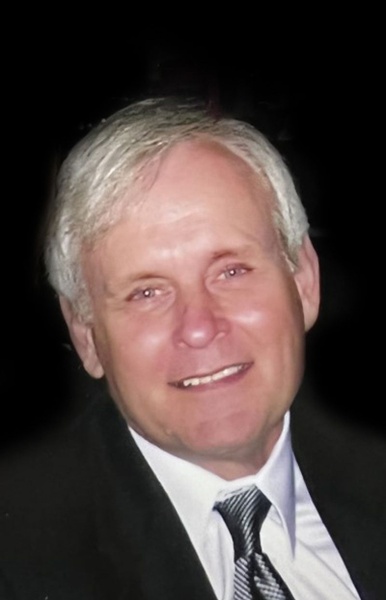 He led an adventurous upbringing in Kenvil, New Jersey as the only child to his parents, where he enjoyed Boy Scouts, building snow forts, golfing, and attending Brooklyn Dodger games with his father. He was proud of his New Jersey upbringing and enjoyed introducing his daughters to the sights and foods he grew up with during their annual summer trips to the Garden State.

He graduated from Roxbury High School in Succasunna, New Jersey in 1964 where he was voted "Class Wit" by his classmates. He went on to attend West Virginia Wesleyan College in Buckhannon, WV for two years, before enlisting in the United States Army. He served his country from 1966 to 1969 in the Vietnam War, earning the National Defense Service Medal, Republic of Vietnam Campaign Medal, and an Army Commendation Medal.

Upon completing his service, he enrolled at Kentucky Wesleyan College in 1969 where he was involved in the Young Republicans, Phi Delta Theta, Inter Fraternity Council, and the Collegiate Business Society. He graduated in 1972 with a BA in Business Administration. He would later joke that he was able to fit "four years into eight, without receiving a medical degree".

Before completing his degree, his greatest accomplishment was meeting his future wife and fellow classmate, Nancy King, on a blind date. They went on to get engaged after attending a Bee Gee's concert and were married on June 24, 1972.

He went on to work for the State of Kentucky in multiple roles for over 30 years. Upon retiring, he volunteered at Longfellow Education Center in their Adult Literacy Program. He was involved in many bible studies across Owensboro, loved his lunch groups and supporting local restaurants in town. He was a member of First Presbyterian Church and the Men's Sunday School Class. He was also an active member of the Owensboro Health Park and would spend as much time socializing in the "Circle of Truth" coffee group, as he would on the exercise floor.

By far, one of his greatest accomplishments was living with Multiple Sclerosis for over 30 years and setting the ultimate example of what courage, determination, grit, and perseverance looked like as he navigated his daily limitations, always with a smile on his face and a quick joke. Most importantly though, he relied heavily on his strong Christian faith. In turn he taught anyone who knew him, not to sweat the small things in life and to always keep your humor.

Charles is survived by his loving and devoted wife of 49 years, Nancy, their two daughters, Jamie Schmeal Wellman (Gerald), Kellie Schmeal, and a grandson, Jackson Park Wellman, all of Nashville, TN, and a brother-in-law, Price James King (Hilda) of Apopka, FL. Chuck was an only child, but considered his college roommate Jeffery White, of Glen Allen, VA to be a brother to him during their 50+ year friendship.

The family would like to also like to offer special thanks to caregivers, Shirley Millay, Shelia Millay, Christine Millay, Tonia Thomas, Tammy Lane, Tiffany Richardson, Lee Bruner, and Holly Davis for their compassion and friendship.

A gathering of family and friends will be held on Saturday, January 8th, 2022 at the Jack Wells Activity Center on the Kentucky Wesleyan College campus located at 3300 Frederica Street, Owensboro, Kentucky 42301. Visitation will be held from 9:30 - 10:30 a.m. with a "Celebration of Life" at 11:00 a.m. A time to visit with family will immediately follow the service. Care by Glenn Funeral Home and Crematory.

Expressions of sympathy may take the form of contributions to the "White Schmeal Scholarship" at Kentucky Wesleyan College, 3000 Frederica Street, Owensboro, KY. 42301 or to the Tunnel to Towers Foundation 2361 Hylan Boulevard, Staten Island, NY 10306.