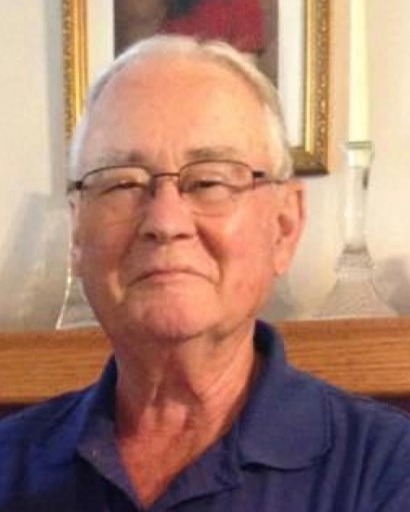 Charles B. “Charlie” Gater, 84, originally of Salem, Indiana, passed away on January 18, 2023, under the care of Hospice of Western Kentucky surrounded by his family. Charlie was born on February 27, 1938, in Delaney Creek, Indiana, just outside of Salem, to the late Oscar and Lucille (Hopkins) Gater. At an early age, his family moved to Salem. He was a fun and mischievous boy, who was well liked by everyone. He attended Salem High School and was the Student Body President for the class of 1956. On June 28, 1958, he married Karen Ree (Garriott) Gater. They welcomed two daughters during their marriage, Kelly Lynn, born in 1959, and Teresa Dawn, born in 1970. The Gater family moved to Louisville in 1966. They lived there until 2006 when they moved to Owensboro to be closer to their grandchildren.

Charlie’s granddaughters, Emily, Rebecca, and Cara were the center of his world. He took them on frequent outings, whether to a park, the swimming pool, or the mall, and they always had a wonderful time with their “Dadaw.” In high school, Charlie worked at a local gas station in Salem. There, the owner introduced him to one of the great loves of his life, University of Kentucky basketball. While everyone around him cheered on the Hoosiers, Charlie was rooting for Rupp and his teams, his favorites being The Fiddlin’ Five, Rupp’s Runts, and The Unforgettables. Basketball season was always his favorite time of year. The man studied stats and predictions with an unparalleled ferocity. He truly bled Blue. In addition to Kentucky Basketball, he enjoyed a good game of golf on a warm sunny day.

Charlie had many jobs throughout his life, but he found his true talent in construction. He worked as a project manager starting in the early 70s, first for a private construction company and then for several corporations including Burger Queen (which became Druthers), Humana, Meta, and Fresenius, which is where he finished his career in 2006. Through his work Charlie was able to travel the country where he gained the admiration of all of those he worked with.

In addition to his parents, Charlie was preceded in death by his sisters Eleanor Jane Gater and Norma Jean Rison; brother Gary Dean Gater; his sister-in-law, Shari (Bradley) Gater; his brother-in-law Lyle Milner.

Those left to cherish his memory include his wife of 64 years, Karen and daughter, Kelly who both reside at Chautauqua Health and Rehabilitation Center; daughter, Teresa Smith (Gary) of Cloverport; his three granddaughters, Emily Smith, Rebecca Smith both of Louisville, and Cara Pence (Seth) of Utica; his sister, Carol Ann Milner of Danville, Illinois; several nieces and nephews, including Mike Jackson and Lisa Johnson (Dave) of Williamsport, Indiana, and Traci Hill (Dave) of Vincennes, Indiana, who were more like his own kids. These three were loved dearly by their Uncle Buddy.

Funeral services will be noon Monday at Glenn Funeral Home and Crematory with visitation from 10:00 am until the time of service. A private burial will follow at Crown Hill Cemetery in Salem, Indiana.

Condolences and memories for Charlie’s family may be left at www.glenncares.com.